Passionate supporters will always stick to their guns no matter what, and haters are going to hate. When it comes to Apple Maps, the order of things went up in the air. Robin has published an interesting entry on how Apple Maps is better, and he does raise some valid points.

We can’t deny, however, that there are some really funny screenshots of the Maps that have been circulating online – especially in the early days of the release. To help ease your Monday blues, here are 10 of the most ridiculous Apple Maps screenshots I have seen so far. 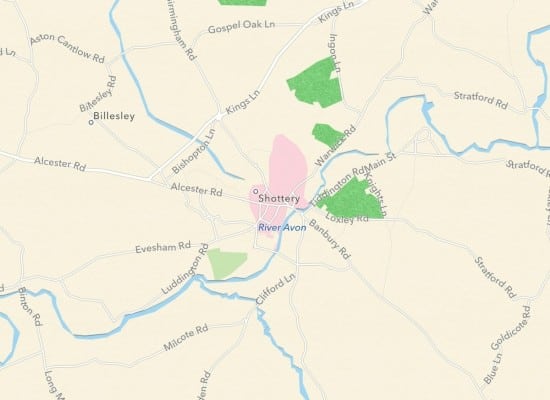 It seems that there is no love lost between the guys from the Apple Maps team and Shakespeare. Maybe, they had a bad experience with the writer’s work, hence the apparent non-existence of the writer’s birthplace! 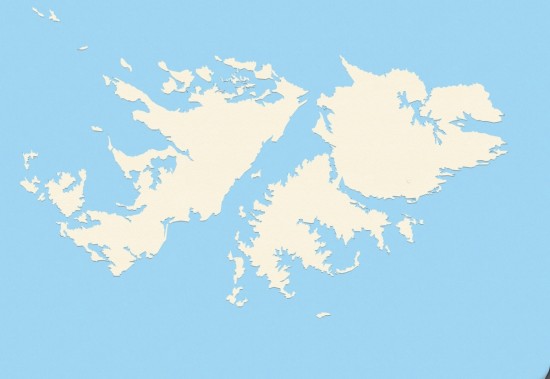 This South Atlantic archipelago has been a bone of contention amongst European nations – discovery and colonization, and all that. I guess Apple has decided not to get involved, so they’ve “removed” detailed information in their maps.

Which Route to Take? 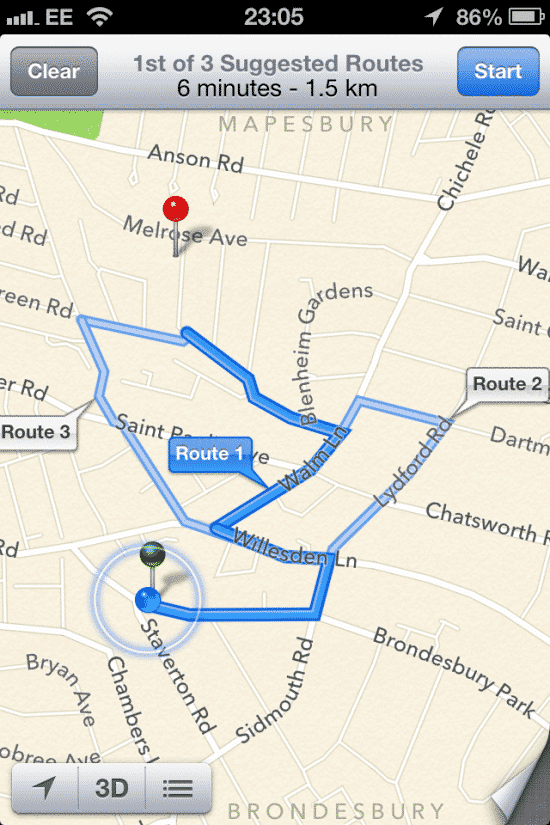 Apple Maps will give you several options to get from point A to point B. As to whether or not you’ll actually get to point B following the routes given… 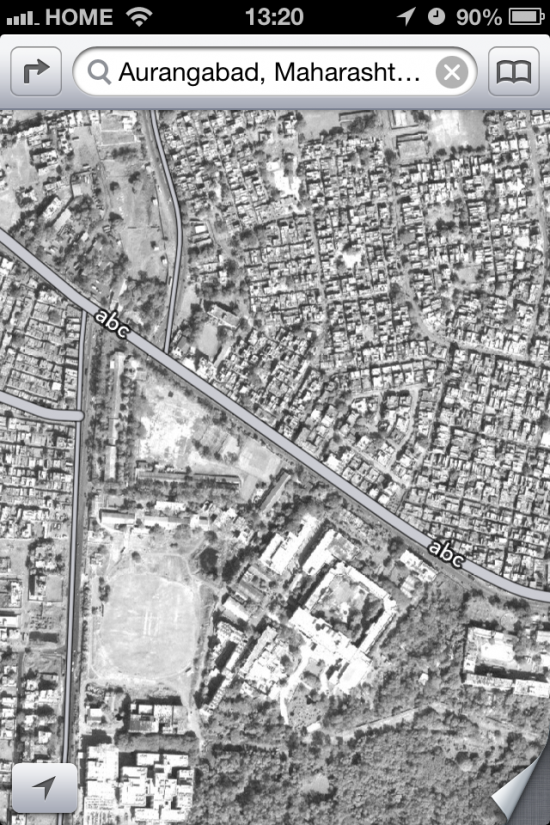 In India, there is a town which exists in grayscale. It might very well be the town where The Giver (Lois Lowry) lives. Oh, and I guess they ran out of creative juices when naming the highway. “abc” does the trick all the time. 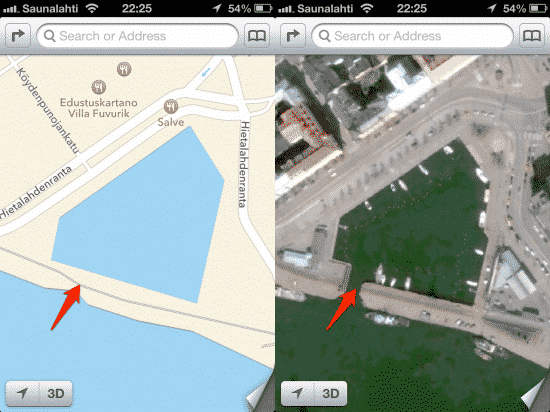 Like taking walks or driving around aimlessly? Make sure you don’t go on this street.

Maybe the Apple Maps guys can take a hint from SimCity where you simply have to increase the budget for the roads so that they can be fixed and everything will be perfect again. 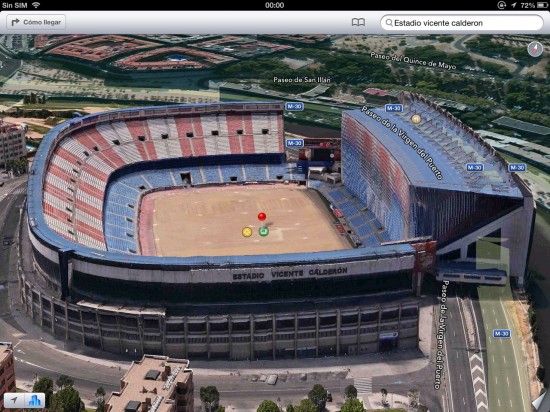 No matter how much I twist and turn my device, I can’t make much sense of this stadium (Vicente Calderon Stadium). Atletico Madrid fans certainly can’t be happy about this, but I think it’s hilarious. 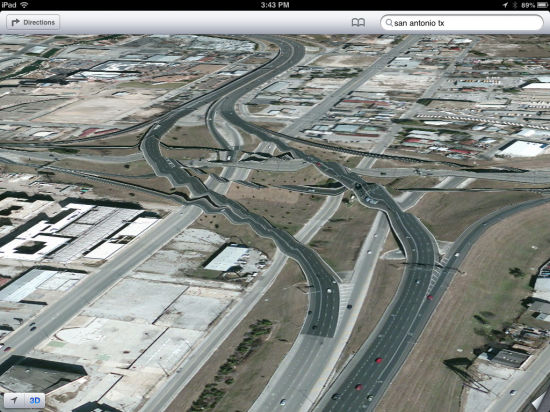 Buckle up for the ride of your life – if you’re headed for San Antonio. Forget amusement parks. All you need is a fast car and a good driver on these roads! 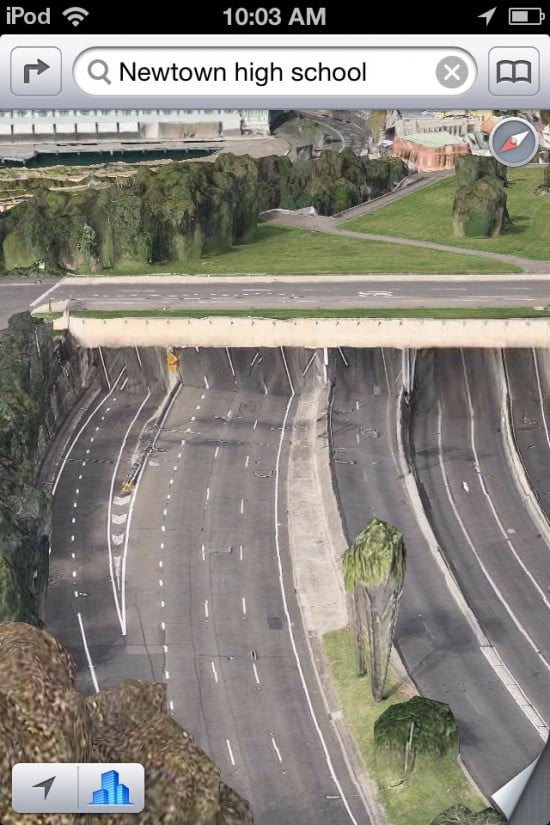 Someone was looking for a high school, and instead got this. Maybe Apple thinks that high school is a deadend one should avoid or simply go to for some fun without expecting anything? 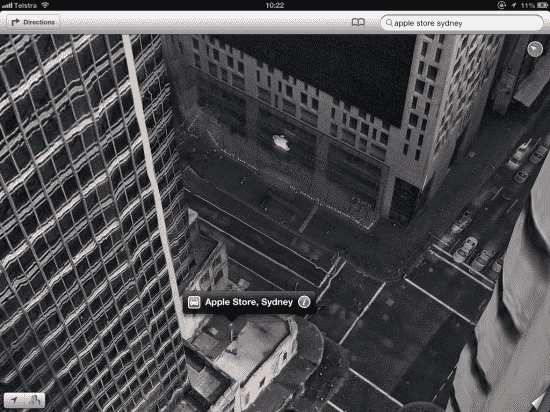 Apple Maps knows where its store Down Under is. Or does it? 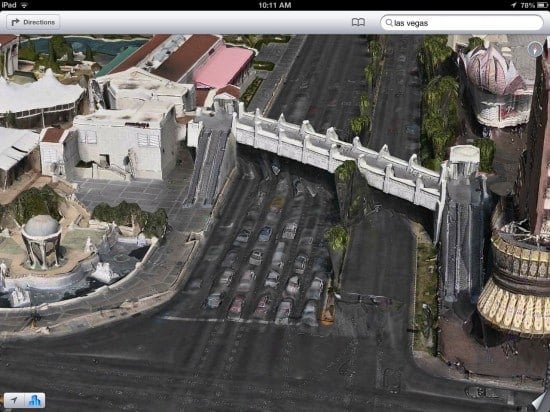 And for my pick of the lot…Las Vegas is melting, boys and girls, and there’s nothing you can do about it. I think it will be an excellent piece of wall art, don’t you agree?