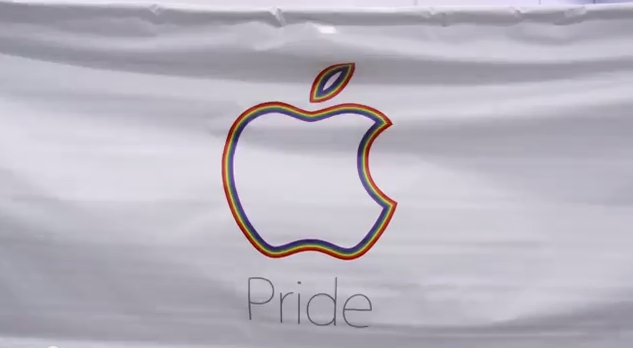 It was only recently that the media was on fire because of Tim Cook being apparently, inadvertently “outed” by a news person. My initial reaction (and it remains the same, by the way): “What do we care?”

Side note: Tim Cook is one of the world’s greatest leaders.

So whether Tim Cook is gay or not does not matter, but what Apple did during the San Francisco Pride Parade shows how the company welcomes diversity with open arms.

On June 29, thousands of Apple employees and their families marched in the San Francisco Pride Parade. They came from around the world — from cities as far as Munich, Paris, and Hong Kong — to celebrate Apple’s unwavering commitment to equality and diversity. Because we believe that inclusion inspires innovation.

They released a video showing snippets of the preparations and the celebration. Watch out for 1:13, where you’ll see Tim Cook taking a selfie with (presumably) an employee.

I don’t know about you, but this video really warmed my heart. And again, the last line of the video – inclusion inspires innovation – embodies such a noble ideal that the wuss in me can’t help but tear up. Just a little bit, mind you. Oh, and I wouldn’t mind having one of those tees, would you?

What do you think of the Apple Pride video?