iMessage Emoji Apps That You’ve Got To Have

by Alex Thomas 6 years ago5 months ago
1

iMessage has completely changed the way we talk to each other and iMessage emoji apps have changed iMessage. We all remember the flip phone and the minutes that it took to send a message. Now, with iMessage we’re a lot faster and with emojis we’re infinitely more expressive. A few years ago the big issue was the lack of diversity among the emojis but today you can send an emoji in any race you want and you can send an emoji or emoticon of any flag that you want. But of course, the quest for for the perfect emoji is never complete. Here are a few apps that you’ve got to have on your iPhone. 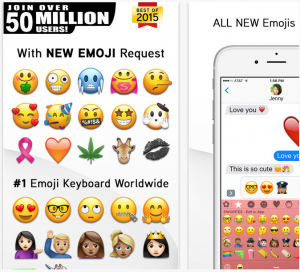 Emoji
Emoji is the original sticker app that gives you almost every sticker that you could ever need. They’ve got stickers that you don’t have on your phone and didn’t even realize you needed on your phone until you download the app. There are Zebras, holiday emojis and a ton of others. The app boasts millions of users and is constantly adding more, it’s probably the frontrunner in iMessage emoji apps. 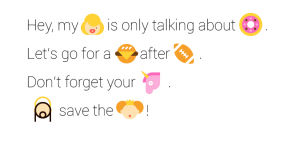 Stickster isn’t an app. It’s actually a PR firm that has realized that emojis are still a completely untargeted marketing area. They create sticker for products and market them on the app store. So if you’re a small business or you have an Etsy shop and you want to get into an unexplored demographic check them out. They also offer app development. 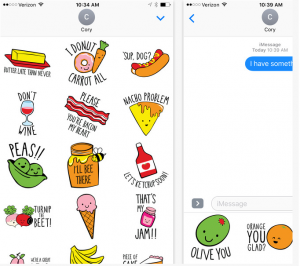 Pun Pals might be my favorite iMessage emoji app on this list. As somebody who appreciates a good (or corny) pun, I had to have it. The app has all the puns that you’re used to (like “nacho problem”) and a hundred more. It’s hilarious and I found myself scrolling through conversations and trying to find ways to put these stickers in. 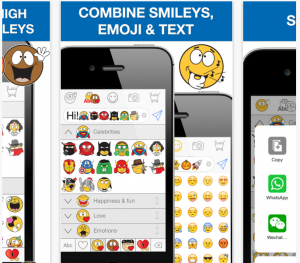 Emojidom takes emojis to the next level. If you’re bored of the same old choices of faces that your iPhone gives you then this is app for you. There are stickers for superheroes, stickers for every expression that you could ever need. It works across platforms so that you can use the sticker on Instagram or WhatsApp. I’d highly suggest a download. 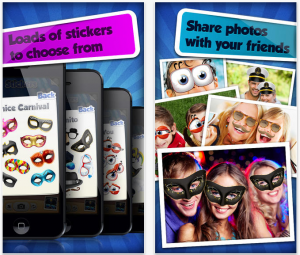 Stickers isn’t really an emoji app, it’s a sticker app that allows you to edit your photos. It’s pretty similar to what Snapchat has started doing but with a lot more stickers to choose from. You can be anything from a bandit to a king. It’s another one of those apps that you’ll find yourself playing around with for hours. 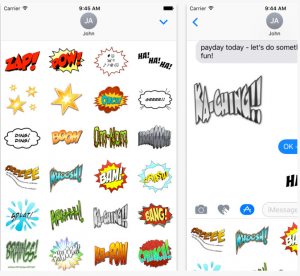 Comic Life is the app for those comic book nerds among us. The stickers in this store are the larger than life comic book exclamatory statements that you grew up with. It might not be perfect for every conversation with but hundreds of stickers, Comic Life is an app that you need to download if you’re serious about your dialogue. 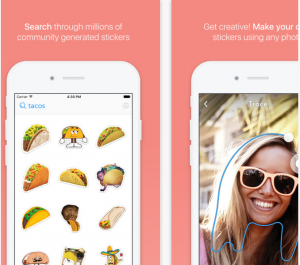 Imoji lets you make emojis out of your own photos. Some of the best that I’ve seen are photos of celebrities cringing (bring on the Donald Trump/Hillary emojis). You can edit the photo down to just a certain portion and tag a message onto it. Imoji takes a little time to get the hang of but once figure it out, it’s easy to use and incredibly addicting. There are also tons of community generated stickers to choose from. 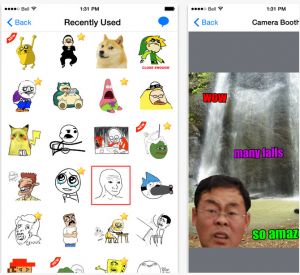 SMS Rage Faces is ideal for any internet nerd who loves a good meme. They’ve got all the memes that you’re seeing on Reddit and Tumblr. There’s no reason you shouldn’t have the perfect sticker for your conversation and SMS Rage Faces is the place that you’ve got to go to find that perfect bit of expression.

The best Emojis To Say It All Without Saying A Word

Stop What You’re Doing And Check Out The New Emoji