Which New Emoji Do You Like Best: Unicorn, Middle Finger,...

by Noemi 7 years ago9 months ago
1

The public beta of iOS 9.1 has been released, and with it new emoji. I’ve said it once, and I’ll say it again – it still sometimes amazes me how much the use of emoji has spread like wildfire. From toddlers to grandparents, using emoji is almost as natural as breathing.

And with new emoji being created all the time, it seems that we will be communicating more and more using the characters. A picture may paint a thousand words, but emoji express immense depths (or lack thereof) of emotion – or magic.

The new iOS is right around the corner and of course, a new iOS comes new features. One major” feature: iOS 9 new emoji.

Who would have thunk that the iOS 9 new emoji would be the talk of the town?

Then again, with images like a unicorn, the middle finger, taco, and burrito, what can you expect?

CNN shows a sneak peek of some of the new emoji we’re going to use quite often, I think. 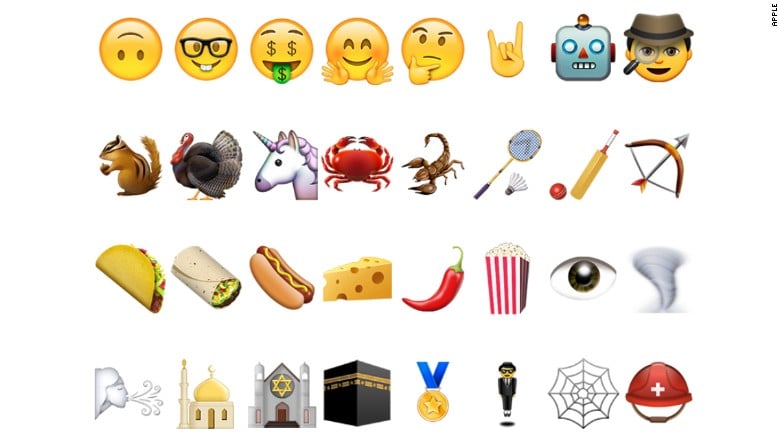 You have to admit that, unicorn aside (can’t wait to use that one, though), these emoji are pretty cool. Imagine texting with a friend who has a problem with attention span. Just keep sending “squirrel”!

One thing I do think is that Steve will agree that the unicorn emoji makes iOS 9 magical. Or maybe not.

Oh, in case you’ve forgotten, there are other features coming with iOS 9 aside from the new emoji.