In spite of the fact that Apple has slammed down the hammer on Flappy Bird knockoffs on the App Store, we still hear of clones left and right; and if I thought that Flying Cyrus only made it because of the reference to the infamous pop star, I was wrong. Big time. 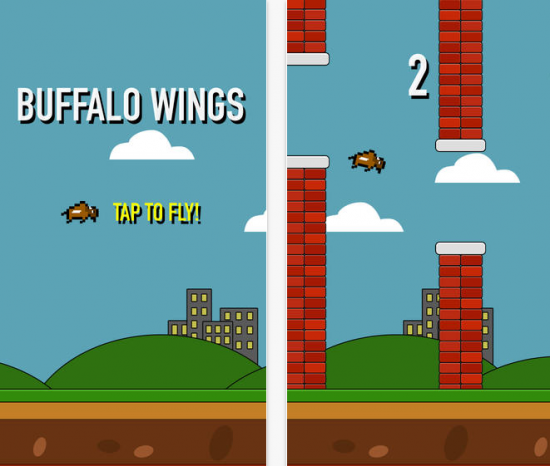 For the name alone, I’d give it a try – with a nice serving of buffalo wings with blue cheese dip and celery sticks, of course.

However, it’s not the name or the game that caught people’s attention, I suspect. It’s probably the fact that Buffalo Wings is developed by Tapity.

It should. Tapity is the developer of many really good apps, and it even has the distinction of being an Apple Design Award winner!

So why did it join the Flappy Bird clone fray? It’s not like it needs the publicity?

It’s not like Tapity hid the fact that they were making a clone. On February 10, they wrote a blog post, “We are making a Flappy Bird clone”.

And the other day, they gave the reason for making the clone. Here’s the short version:

Sound legit to you?

Download Buffalo Wings here, and let us know if it is just another Flappy Bird clone or not.