Apple will participate in “Back Friday” again this year 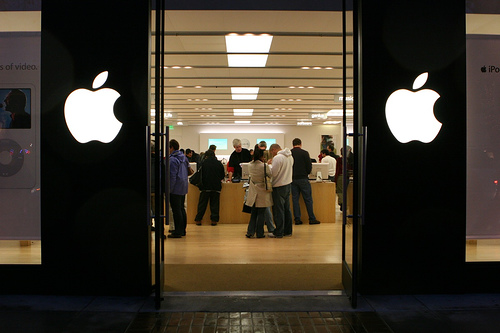 Apple will be participating in “Black Friday” again this year. For those of you that don’t know what that is (both of you), it’s the day after Thanksgiving when the entire U.S. (apparently hopped up on some kind of turkey related high) pushes through stores all over the country to save a few bucks on crap they don’t really need in the first place – all in the name of (insert your gift giving holiday here).

Some analysts who don’t know how to look up Apple’s history of participation in this event, have claimed that Apple will be “more aggressive” this year in their discounts. Then that same analyst, one Ben Reitzes, states that he expects Apple to offer as much as “$100 off a few Mac models” — which is pretty much what Apple does every year.

So it’s kind of hard to call that “more aggressive”.

There is no official word just yet on what Apple will be doing, but you can expect an announcement from them shortly before the Thanksgiving break.