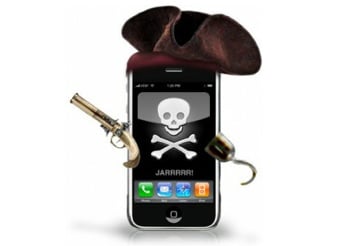 I find it really ironic that Apple is doing everything in their power to make the iPhone un-jailbreakable. Just recently, Apple has updated the bootrom (iBoot-359.3.2) on the iPhone 3Gs units that shipped in the past week.

While this won’t fully stop the jailbreaking community from creating a new jailbreak update, it will however make the iPhone 3GS un-jailbreakable for the meantime. For how long, that’s the question.

This constant move on keeping the iPhone hack-free definitely shows that Apple is very much against piracy.

Yet do you know how easy it is to find and install a pirated version of the newest OS X, Snow Leopard? If you’re resourceful enough, I’m sure you’re running on one right now.

Pirating the OS X is actually very easy since there’s no need for any serial key. The first time I’ve installed an OS X (that was with Leopard), I was puzzled that there was no serial key on the box or on the CD. I found it even weirder that there was no prompt coming from the installation for me to input the serial number.

And what’s definitely more mind-boggling is that every time we do a Software Update on our Mac machines, Apple does not even check the authenticity of our OS. Unlike with Windows Update, where your machine gets locked out of Windows if the update sees that you’re running on a pirated version.

But I guess I kind of understand why Apple is more vigilant with keeping the iPhone piracy-fee. In a way, I see it as Apple’s way to protect the iPhone App developers.

But it also seems to me, that Apple is less concerned about piracy compared to Microsoft.