by Justin McGee 7 years ago10 months ago
4

Okay, I’ll admit it: I’ve finally come around to the idea of an iPad Pro. Sort of. The closer the release date gets, the more I see its potential in Apple’s iPad lineup.

At first, I was really skeptical — okay, more like aghast at the idea of an iPad approximately the same size as my MacBook’s screen that also comes with a stylus that Apple so ingeniously named the Apple Pencil. (To be totally honest, I’m still not over the Pencil thing.) Early on, there was one question that I just couldn’t resolve: who’s going to buy an iPad Pro? I still have a question about the strategy, but here’s what I’ve come up with.

Earlier this month, I sat down with a good friend who has also used Apple products throughout his adult life. His MacBook Pro (circa 2011) is starting to showing signs of old age, so he thought of replacing it, but he mentioned that he didn’t really use it that often. Now that college and graduate school are over, the MacBook doesn’t really have a place in his workflow; his work provides a computer, and when he’s at home, he’s much more comfortable browsing the web on an iPad. But the thought of not having a personal computer seemed a little daunting. There are, after all, still things that are more than a little frustrating to do on an iPad Mini.

Suddenly I realized that this is the kind of person that Apple thinks will buy an iPad Pro.

Despite still being an iPad, the iPad Pro appears to be much more of a productivity machine than the previous iterations of the iPad (at least before the multitasking features of iOS 9, which are only available on certain models). Realistically, buying the iPad Pro wouldn’t be as akin to buying an iPad as it would be to buying one of Apple’s MacBooks, especially if you throw in the keyboard (and let’s be honest, who wouldn’t?). 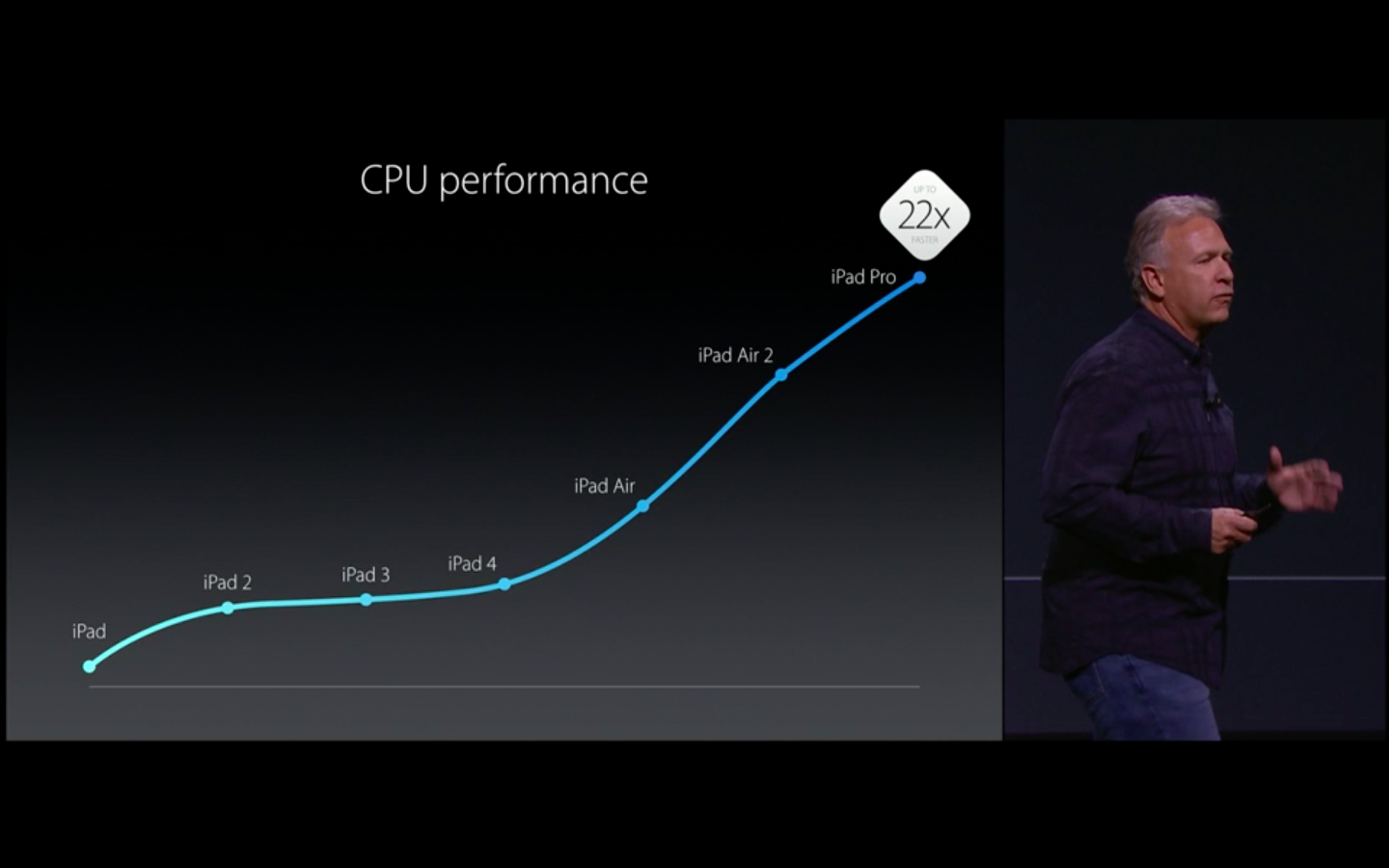 Even with iOS 9’s new multitasking capabilities making the iPad more user-friendly, doing simple things like manipulating text or editing a spreadsheet can be really annoying on a 7.9 or 9.7-inch screen, so even if the iPad can do things that it never could before, you’re still limited by the physical restrictions of a 10-inch slate of glass. The iPad Pro, however, solves this problem. With a 12.9-inch Retina display, the iPad Pro gives your fingers the room they need to select, grab and drag things around the screen. Again, this is something that is possible with the iPad and iPad Mini, but it’s impractical. People who buy an iPad Pro will have a totally different iPad experience than people who keep using or buying smaller iPads.

If the experience is going to be so different, should we still call this thing an iPad? That’ll be up for you to decide, but I think that there is an argument to be made that this device is actually much more like a two-in-one — you know, one of those products that in 2012 Tim Cook mocked, likening it to a toaster-refrigerator combination.

While the 2-in-1 combos have been ridiculed over the years, Microsoft seems to have tapped into a niche market with its Surface line; Microsoft seems to have unlocked the code that makes the toaster-refrigerator pretty good at both making toast and keeping your food chilled. With the iPad Pro, Apple could try to target the same market.

However, to win toaster-refrigerator market share, Apple is going to have to develop the iPad Pro extremely quickly. The hardware looks good, but it’s the software that may need work. Microsoft basically built a new operating system for its Surface line: Windows 10. For people who like it, it works as both a desktop and mobile software, and that’s something that may present Apple some difficulty.

In recent iterations of both, OS X and iOS have gotten incredibly close. Some have even made the argument that eventually Apple will have to merge the two, creating a single software for both its personal computers as well as its mobile devices. (When someone brings up this theory, the Apple faithful always lose their minds. They seem to assume that Apple is moving toward iOS and leaving OS X behind. To be clear, leaving OS X for iOS doesn’t make sense for the tech giant. While Apple makes a lot of money on iPhones, it’s a computer company because of OS X). I think that Apple will continue to make OS X and iOS more and more similar, but they will always be separate. The things you do on an iPad are special because of iOS, and the things you do on a Mac Pro are special because of OS X. 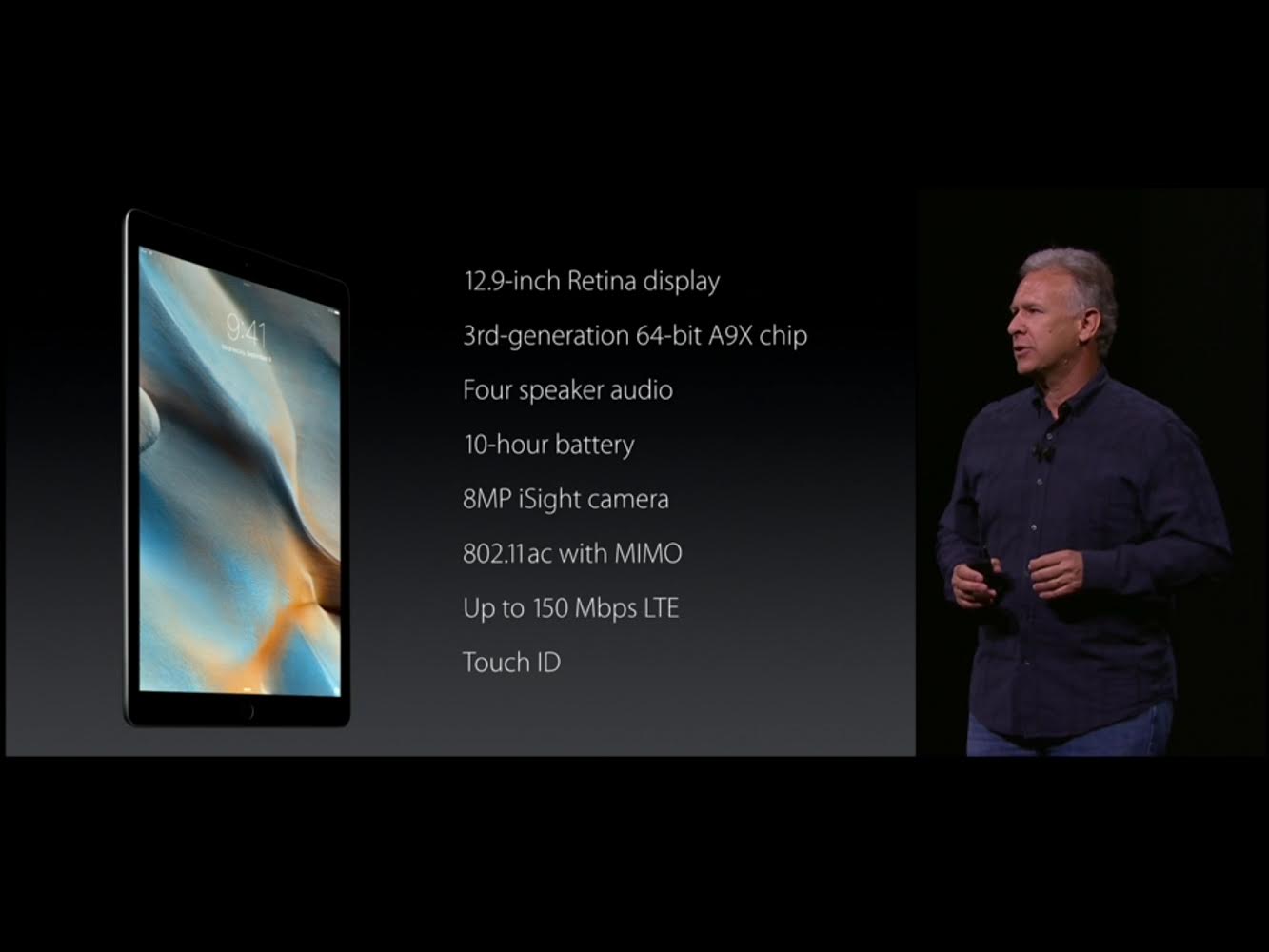 In short, to appeal to the niche market of people who want a Surface, Apple has to offer a viable alternative. Right now, in terms of hardware, the iPad Pro looks like it’s ready to compete, but it may take a few more iterations of iOS before the iPad Pro is ready to do the same kind of work as the Surface. Who knows, maybe we’ll see something totally new from iOS next year. (If Apple continues with its numerical numbering system, it will be iOS 10, after all.) Maybe Apple has something special planned for iOS 10 (or should we say iOS X?), but I’m not expecting to see a convergence.

What do you think of Apple’s bigger tablet? Who will buy an iPad Pro? Do you think the iPad Pro is really a toaster-refrigerator device or something different? Let us know in the comments below!