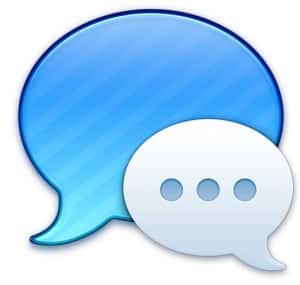 Apple fans are already anticipating the impending launch of the newest version of OS X, Mountain Lion. One of the new features that will be included with Mountain Lion is the Messages Beta desktop app. Fortunately, Apple is giving its fans a look into this new feature with a the Messages app that can be downloaded and installed on a Mac running the Lion OS. You have to be fast though, Apple will remove this free download when Mountain Lion is released in a few months.

The Messages feature is basically a transplantation of the same Message app that is available in iOS 5. Messages will let a user send messages from their desktop to other devices running iOS 5. The user can then continues that conversation on their iOS 5 device when they leave their desktop. There is no limit to the messages that can be sent across iOS 5 devices or Macs. Aside from text messages, users can also send videos, photos and attachments. The Messages app can also initiate a Facetime call. In a nod to iChat, Messages can support other messaging accounts like Google Talk, AIM, Yahoo!, and Jabber.

At this point, there are still some snags to the Messages app that users may experience. But since this is still in beta, it’s actually understandable. Expect the Apple team behind this feature to work out all of the little kinks so that it will run smoothly when it becomes ready for primetime this summer.