5 Great Features of OS X Yosemite That No One... 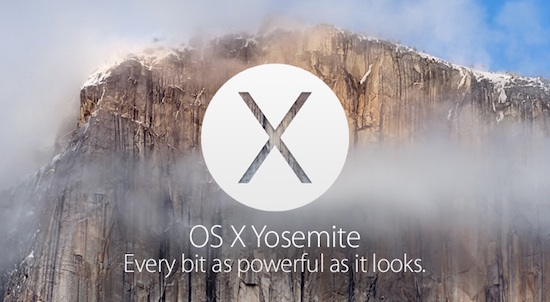 When Apple released OS X Yosemite – the latest version of the Mac operating system – back in October, it brought a host of new features, enhanced applications, and security updates along with it. Amongst the more highly publicized features of Yosemite were a refreshed user interface, an improved use of notifications, the ability to make phone calls directly from our computers, and some fantastic enhancements with how our iOS devices interact with our Macs. But that is just the tip of the iceberg for what the new operating system delivered, and there is plenty of other great functionality hiding under the hood, just waiting to be discovered by users. With that in mind, here are 5 great features of OS X Yosemite that no one seems to be using just yet.

Most Yosemite users don’t know it, but the version of Mail that comes with OS X now gives them the ability to provide feedback, or leave comments, on a variety of documents that arrive as email attachments. This feature is called Markup, and it gives Mac users a set of tools that allows them to create notes on the document itself, while also highlighting important items or pointing out certain aspects of the file that might require attention. These tools include the ability to add notes or callouts in PDFs and photos, the option to zoom in on important items, and draw shapes around text or parts of images as well. You can even sign your name to a form by scratching it out on a multitouch trackpad. Markup can be activated after adding an attachment to an email, and selecting the option from the down arrow that appears in the upper right corner of that attachment. This is a feature that not only aids in productive, but also fun too.

Mail Drop is another handy new feature found in OS X Mail that allows users to send very large attachments (up to 5GB in size) even when their Internet service providers have placed a cap on the size of the files that it will accept. Mail Drop utilizes iCloud to send these large attachments, bypassing the ISP’s servers altogether. This makes it incredibly useful for transferring massive documents, large numbers of photos, or even video files, which would typically be rejected by the email server. To activate Mail Drop, just drag your attachment onto the email message, and the application will upload it to an iCloud server automatically in the background. If the recipient of the message is also using the Yosemite version of Mail, the file will appear in their email just as it always has in the past. But if they are using a different email client, they’ll see a link to download the file instead. This is an efficient way to move large files, even when your ISP would normally prevent you from being able to share them via email.

One of the big new features that Apple touted with the release of iOS 8 for the iPhone and iPad was the ability to add widgets to the Notification Center. Widgets are small apps that put information or extra functionality in a convenient place that can be accessed at any time. Popular widgets include Weather, Reminders, and Calendar, although there are a host of others as well. The Notification Center in OS X Yosemite has the ability to use widgets too, and Apple has even highlighted some apps that use them in the Mac App Store. Adding widgets is incredibly simple. Just open the Notification Center and click on the “Edit” option to see a list of widgets that are available on your Mac. Then, select the ones that you want by clicking on the plus sign next to the name in the list. This will add them to your Notification Center, where you can also sort the order in which they appear. Right now, Apple has widgets in both the Dash Board and the Notification Center, but I suspect we’ll see the Dash Board disappear in future versions of OS X.

Apple has added a great new feature to iOS and OS X that not many people are aware of just yet. It’s called Family Sharing, and as the name implies, it allows families to share things that they purchase through iTunes and the App Store. When the service is turned on, one member of the family is designated as the leader of the group, and a single credit card number is shared for the account. Then up to five other people can be invited to join as part of the family too. Whenever someone within the group purchases music, movies, books, or apps, the others will receive that content as well. Essentially, families can pay once, but get the same content on all of their devices. There are parental controls in place to ensure that kids aren’t running up a huge bill, and the leader of the group has final approval of all purchases, which makes it easy to see what everyone is buying at any given time.

But Family Sharing doesn’t end there. Everyone within the group can share photos via a family photo album, and the service even creates a shared family calendar as well. Family members can share reminders as well, which can be convenient for letting dad know he needs to pick up milk on the way home from work for instance. On top of that, all members of the group are automatically added to the Find My Friends app for location tracking, and each of their devices becomes part of the Find My iPhone service too. In short, Family Sharing isn’t just a way to share great content, it is helpful for staying connected and organized too. 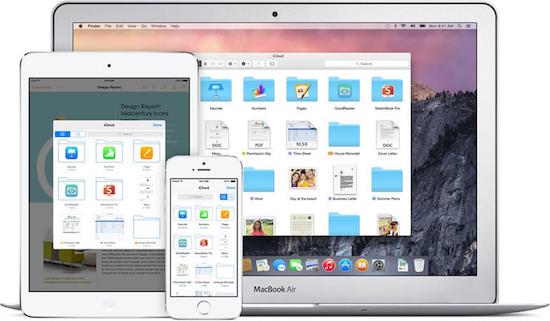 With the release of iOS 8 and OS X Yosemite, Apple also introduced iCloud Drive. This virtual hard drive exists in the cloud, making it very easy to share files between your devices. Once activated, the iCloud Drive will appear in the Finder window alongside other options such as “All My Files” and “AirDrop.” This service is Apple’s answer to DropBox or Microsoft’s OneDrive, giving users 5GB of cloud storage for free, with more storage options available at a relatively low monthly price. The service has also been integrated into Apple’s suite of productivity tools, including Pages, Keynote and Numbers for both OS X and iOS. This makes it a breeze to save files directly to the drive, which then makes them available for editing or sharing on any other device too. iCloud Drive lacks some of the features of its competitors, but it is an easy to use, integrated solution for those who live and work in the Apple ecosystem.

5 Under Utilized Features of iOS 8 Messages