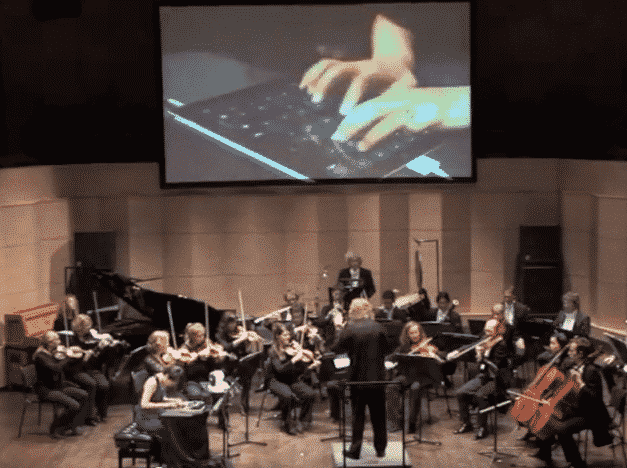 What if the iPad was a real musical instrument? Composer Ned McGowan believes that it is, and he wrote a classical concerto to prove it. It was performed a few weeks ago by the Sinfonia Rotterdam, and after you watch this video of it, you’ll be a believer, too.

“Electronic Realms” is the title of McGowan’s original concerto, which was conducted by Conrad van Alphen and featured Keiko Shichijo as iPad soloist. It’s comprised of three movements, and the five-minute video above has clips from all three.

As you can see in the video, Shichijo’s fingers and her “instrument” were projected up onto a big screen, so that everyone in attendance could get a good look at her work. Most impressive is the fancy finger-work that she kicks into at about the 1:20 mark. That’s some insane talent, no matter what the instrument, but it’s nothing compared to what she does around 2:42. Holy crap!

Residents of the Netherlands can see the full performance live at a pair of upcoming events in October. It looks incredible, and the music is quite beautiful to boot, so I’d encourage you to check it out if you can.

I don’t recognize the app (or apps?) she’s using to create so many different sounds. Maybe it was software created specifically for this event.