Why Coworking Spaces Could Be a Boon to Apple

Coworking spaces are still something of a new phenomenon, and for the most part, we tend to think of them as their own companies. That is, we see more headlines about how individual coworking companies are performing or which new ones have emerged than, say, which companies they may be most helpful for.

In part, this is because coworking spaces are viewed widely as being most helpful for new companies and individuals. The general perception, at least among many, is that these shared offices provide space for individual entrepreneurs and budding businesses on their way up, or for freelancers in their day-to-day contracted work. These types of people and companies are absolutely part of the workforce that has enabled shared workspaces to survive and thrive – but it’s also worth considering that coworking spaces can function more or less as extensions of larger companies as well. Their nearly unlimited needs and their expanding communities of remote workers present demand that coworking spaces are ideally suited to address. And apple certainly fits the description.

Apple’s “campuses” get enough publicity that it’s almost easy to imagine the company as a single entity, operating almost like its own tech town in California. In a way, this perception might not be too far off the mark, but it definitely doesn’t tell the whole story. At this point, at the outset of the 2020s, Apple is a global company with global operations, and that has come to mean quite a few remote and contracted workers. 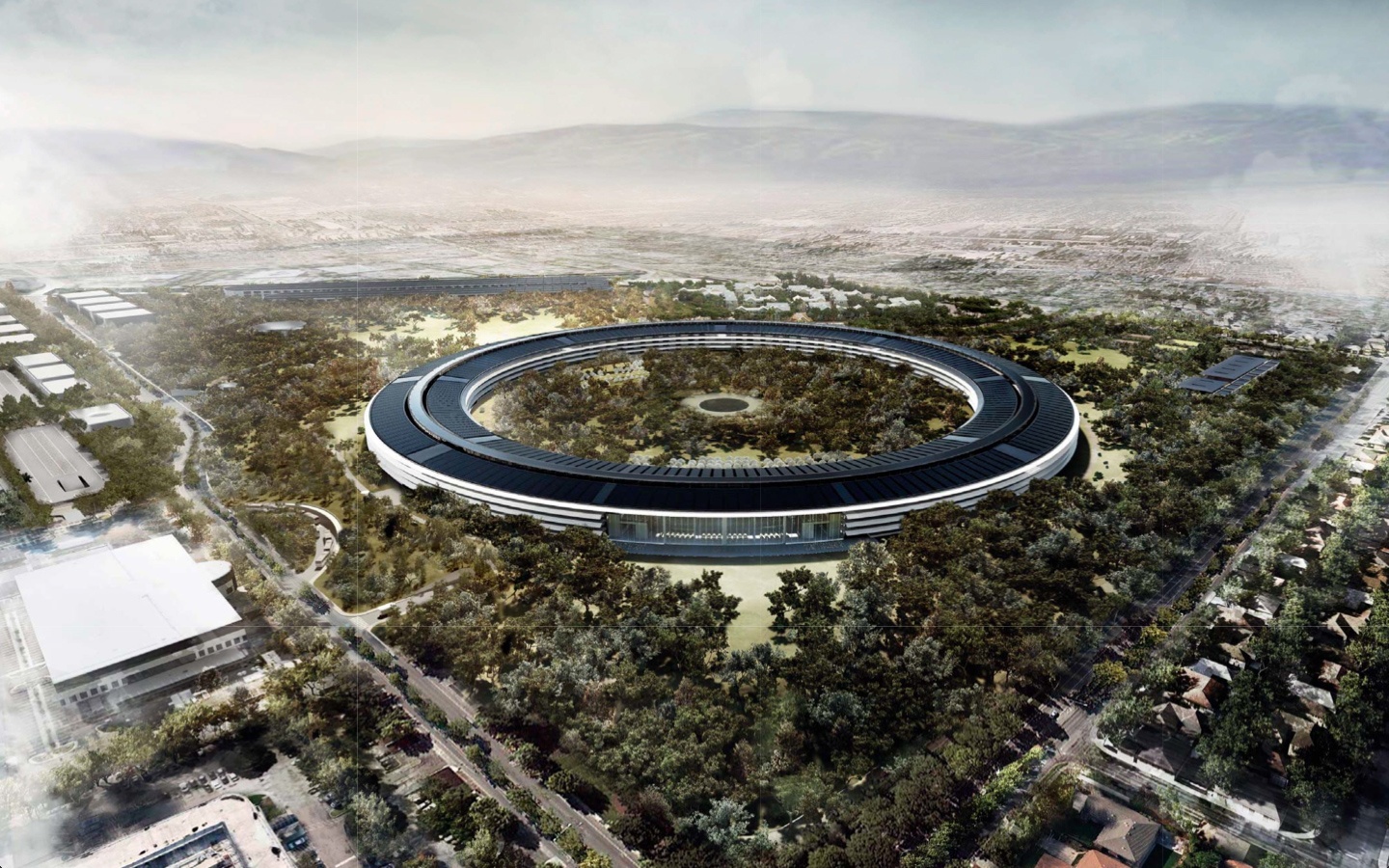 Not only does this refer to people in various branches of the company who are allowed to work from home, or who make contributions from abroad, but it also includes developers. Covering Apple’s updated WWDC late last year, we mentioned that Apple has a 23-million-strong developer community, which in its own way represents one of the largest employee bases in the world (even if developers aren’t exactly employees). A lot of these developers are essentially independent, and coworking spaces can provide them with the tools they need to do their best work, or even to collaborate with one another on various projects.

It can almost be difficult to understand the full range of benefits offered by coworking space until you tour or work in one yourself. They tend to advertise various membership plans, showcase their amenities, and generally provide a sense of a modern working environment and productive atmosphere. Those impressions are typically accurate, but until you’re there you don’t really realize what a coworking space can really do for a freelancer, remote worker, or contracted team – particularly when work for a tech giant is concerned.

Industrious suggests coworking spaces are where teams come to thrive, as they are beautiful spaces, which have floor-to-ceiling windows, and well-maintained amenities, all of which are characteristic of the best of these workplaces. Sure, they provide internet access, office space, and additional basic needs. But their real value is that they make work appealing, and provide a sense of belonging that remote workers can often lack. That may sound trivial, but that stronger sense of belonging can lead to more motivation and greater productivity.

Another way to put it is this: Imagine that you’re contracted to develop a project for Apple. Would you feel more like you’re working for the most influential tech company in the world in your home with sweatpants on and the neighbor’s lawnmower roaring, or in a coworking space with modern furnishings and amenities, natural lighting, and teams of productive people around you?

Why Apple Involvement Figures To Increase

If the points made above convey how Apple has come to involve more remote workers and how coworking space can help them to feel like part of a larger whole, another interesting factor to consider is whether or not remote work for the company will continue to increase. And for various reasons, it appears that it will.

For one thing, a report from Inc. indicated that Apple and other tech giants are hiring for various remote jobs. It referred to specific job postings, including, at the time, an at-home adviser, several reseller specialists, a customer relations adviser, and a customer service and safety specialist. However, the mere fact that postings like these are made at all for fairly integral jobs indicates that Apple has reached a point of comfort with regard to hiring off-site contributors.

Additionally, and many would argue, unfortunately, there may also be immigration-related concerns set to inspire more remote work for tech companies like Apple. We actually covered how the immigration policies of the Trump Administration could hurt Apple, essentially remarking on the massive role that immigrants have played in shaping Silicon Valley. It’s not a political statement to suggest that fewer immigrants could mean less innovation and productivity in Apple and the tech world at large. However, there is also now potential for qualified workers abroad to join Apple and make contributions on their own time, through coworking spaces if they wish. It’s not ideal, but in this roundabout way, these workspaces could help Apple to make its workforce more global in nature.

For this and all the reasons above, coworking spaces could represent meaningful and positive developments for Apple. The more qualified workers around the U.S. and the rest of the world are able to contribute in comfortable and productive spaces, the more Apple will be able to keep innovating and operating at the high-level people have come to expect.