You are here: Home / Apple Inc / How Trump’s Immigration Stance Could Hurt Apple 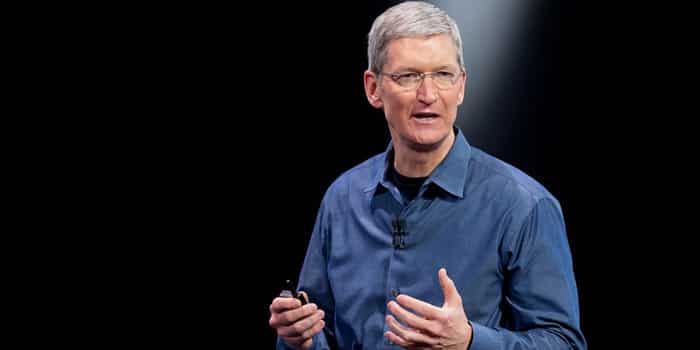 As an international company with tens of thousands of employees, Apple could be deeply affected by many of the actions President Trump might take, especially in regards to immigration.

While it took Apple longer that some other companies to respond to Trump’s travel ban, the company’s disapproval was not uncertain. In a memo to Apple employees obtained by CNN, Apple CEO Tim Cook wrote, “Apple would not exist without immigration, let alone thrive and innovate the way we do.”

“There are employees at Apple who are directly affected by yesterday’s immigration order,” he continued. “Apple is open. Open to everyone, no matter where they come from, which language they speak, who they love or how they worship.”

“In the words of Dr. Martin Luther King, ‘We may have all come on different ships, but we are in the same boat now.’”

Apple also joined with other leading lights like Google, Microsoft and Facebook in issuing a legal brief opposing Trump’s executive order. The brief argued that, in addition to being illegal, the executive order could hamper innovation and suppress economic growth. The travel ban was ultimately rejected by the U.S. Ninth Circuit Court of Appeals, but a defiant President Trump rejected their ruling on Twitter, vowing to see the Court “in court.”

However, the travel ban isn’t the only problem the Trump administration could cause for Apple.

The most direct effect the Trump administration could have on Apple comes in form of H-1B visas. These competitive visas allow U.S. companies to employee college-educated, foreign-born workers that provide skills the U.S. economy currently lacks. While only 85,000 of these visas are available each year, the H-1B has come under fire from the Trump administration, which has contemplated issuing an executive order to stop or modify the program.

The H1-B is particularly well loved by the tech community. Back in 2015, when Congress was considering expanding the number of available H-1B visas available, Google co-founder Eric Schmidt spoke in support of expanding the program: “We take very, very smart people, bring them into the country, give them a diploma and kick them out where they go on to create companies that compete with us.”

According to FindTheData, Apple employs close to 1500 H-1B employees with a median salary of $120,000. While this is far from the greatest number of H-1B employees in the industry, salaries in that range indicate skilled programmers. If the H-1B program was suddenly discontinued, Apple would need to scramble to recover nearly 10% of their software engineers, representing some of their most skilled and valuable employees. It’s hard to say what this would mean for the job market, but considering how seriously the tech community has defended the H-1B visa, it could spell bad news.

That said, the H-1B program could certainly use some reforms. As it stands, the greatest percentage of these visas are snapped up by outsourcing companies that supply cheap, foreign labor to tech companies. This manipulation of the law intentions should certainly be curtailed or stopped all together, but it does not indicate a failure of the program as a whole.

A Valley of Immigrants

For as long as Silicon Valley has reigned supreme in the tech world, its place is far from assured. As venture capitalist Paul Graham has written, the U.S. only houses 5% of the world’s population, so it’s no shock that many of the world’s best ideas and talents should come from outside the country. “There are just not enough great programmers to go around,” Graham writes. This makes immigrants and essential part of assuring the U.S.’s continued reign as the tech hotspot of the world.

Furthermore, many of the best-known U.S. tech companies were founded by immigrants. Instagram was cofounded by Mike Krieger, an immigrant from Brazil. Sergey Brin, the cofounder of Google, immigrated from Russia. eBay was founded by Pierre Omidyar, of France. Jerry Yang, a Taiwanese immigranted, started Yahoo! Eduardo Saverin, of Brazil, helped start Facebook. They started there companies in the U.S. because it currently is home to the most vibrant tech market on Earth.

Smart people around the world currently flock to the U.S. in hope of finding success in California’s thriving tech market. But if these entrepreneurs aren’t welcome here, it’s not as if they will pack up their dreams. Instead, they’ll create companies at home, building a hundred competitive Silicon Playas, Steppes and Fjords around the world. And while this might be good news for consumers, who tend to benefit from greater competition, it’s not so great for the current giants of the tech industry, Apple included. It’s also bad news for the U.S. economy as a whole, which could see taxable dollars and jobs leaving the country alongside Silicon Valley’s dominance.