It’s quite funny, actually, since it was only yesterday that I wrote about the slur campaign against the iPhone going on in China. Today, though, I read about vendors in Beijing selling iPhone 6 units – genuine ones, they say. 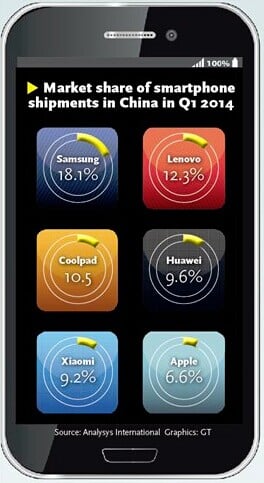 Initially, one might think that it might make sense, especially since the iPhone is being manufactured in the country after all. Then again, the vendors who are selling the purported genuine iPhone 6 units say that their wares are smuggled in from the US and Canada, where the devices are already being sold.

It’s funny, though, as the retailers in Zhongguancun, one of the largest hubs in China for electronics, really do seem to believe their own hype. Sure, the 4.7-inch iPhone 6, available in dark grey, silver, and gold, is already in the North American market and Chinese retailers are the ones smuggling them in. Oh, and according to the sellers, the “other” model with a 5.5-inch screen will be available no later than October. Early October.