6 Tips to Get You Using Apple Maps Like a... 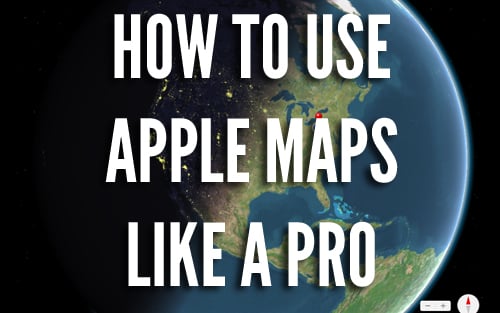 With the release of OS X Mavericks Apple has standardized their mapping software between the desktop and iOS. While Apple’s Maps app for iOS had its share of issues when the new software initially launched for iOS, the updates seen in iOS 7 and OS X Mavericks have given it a real chance at being the go-to software for mapping and GPS.

You can do more than find that new restaurant with Maps, and with these tips you’ll be using Apple Maps like a pro. 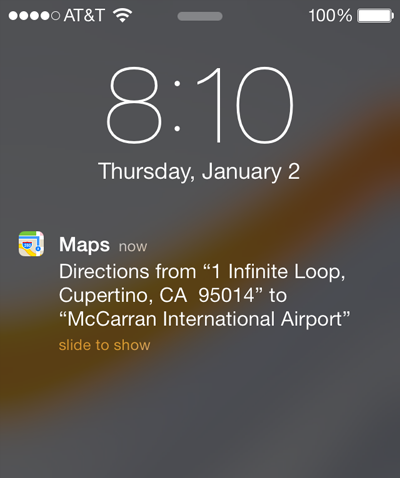 This is probably the most widely known tip out of the bunch, but it’s still worth noting just because of how cool it is. If you’re planning a trip while at your desk you can map out your route there and easily send that route to your iPhone.

This is great for pre-planning and best of all, you can send a map to any phone synced with that machine, so if you and your significant other share a computer you can easily send him or her directions.

To do this, just map out your route in Maps for OS X, then click File > Share > and choose the device you want to send the map to. And yes, my iPhone is named “Battlestar Galactica,” it only makes sense since my MacBook Pro is named Caprica. 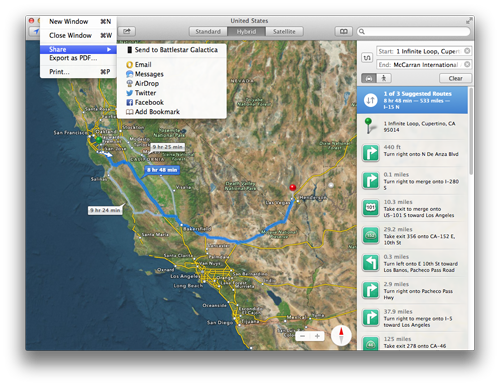 While we’re looking at the sharing menu, you can easily share a map or route with your friends on Twitter or Facebook as well as email or even text the map to them.

If you’re planning a party or talking about a specific part of the world, why not show everyone exactly what you’re talking about. To share a map via these methods just click File > Share > and choose the method of sharing.

Map sharing isn’t limited to the desktop, though. With a map or route pulled up on Maps for iOS, tap the Share button at the bottom center of the Map interface and choose how you wish to share the map. 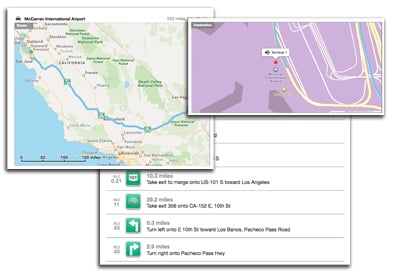 Make a PDF of Any Map

Maps for OS X can actually be used for more than just directions. You actually have the ability to save any map as a PDF with high resolution. This means you can use Maps for education, too. If you’re a teacher you could save a PDF of a city, state, country, or continent and make the PDF available to your students.

As a business owner, you can save a PDF of the streets around your area and make it available to customers on your site.

As someone that just needs directions you can save a PDF of your route and print it out just in case your phone dies during the drive. When you save a PDF this way, you get the map itself as well as a detail view of the destination and turn-by-turn directions. Pretty cool.

To save a map or route as a PDF, simply get the map looking like what you want saved, then click File > Export as PDF. Note: If you’ve entered a search or mapped a route the PDF won’t pay attention to your zoom level, but if you’re just moving around freely on the map it will. 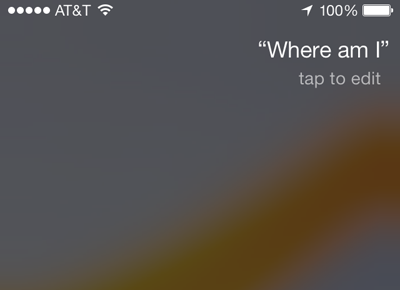 Use Siri To Show Where You Are

Moving from Maps for OS X over to Maps for iOS, you can quickly and easily find out where you are using Siri. Simply activate Siri and ask her “Where am I?” and Siri will tell you where you are, and show a simple map on the lock screen. If you tap the map you’ll be taken to the Maps app. 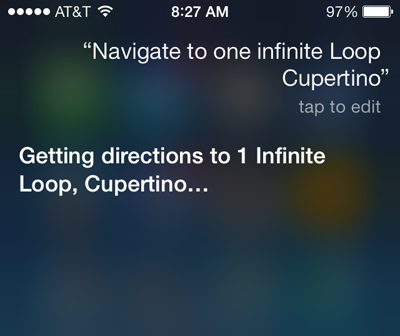 Have Siri Map a Route For You

Siri really is under-used by most iPhone owners, but she can really be a big help, especially when you’re driving. For example, you can tell Siri to map a route for you, and you can even ask her to find something along the route like gas, an ATM machine, or just somewhere to eat.

You can do this by activating Siri and stating the address you want to go to, or just say “Find the nearest gas station.” Siri can be a little finicky about street addresses, so your results there may vary. 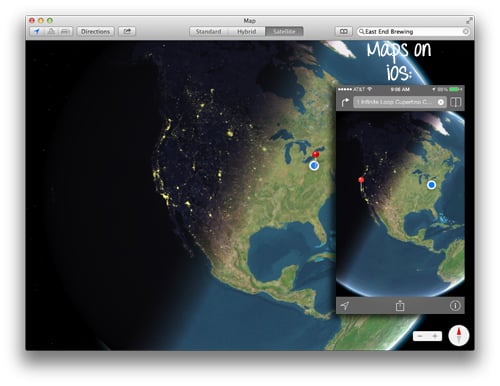 Ever wonder where it’s still night in the world? You can actually see this pretty easily using Earth View in Maps for both iOS and OS X.

To enable Earth View simply use Satellite view and zoom out completely so you can see the globe and space. Maps now shows you where it’s light, dark, and everything in between.

This isn’t so useful when planning a route, but pair this with the PDF feature and you can have a pretty interesting teaching tool or visual example of time for people calling all over the globe.

Maps for iOS and OS X are a pretty big leap forward in technology for mapping. Instead of being locked down to the desktop or mobile device, you can now share between them and seamlessly move from one device to the next.

While Maps was maligned with visual and navigational issues in the past, the newest iterations of the application have set those issues aside and give us a great tool for mapping and navigation. By using the tips listed above, Maps should become more of a focal point to what you do instead of an afterthought in case you need some extra directional help. Hopefully these tips get you using Apple maps like a pro, and gets you around better than ever before.