Which Is Tougher: Samsung Galaxy S5 or the Apple iPhone...

We’d love to say, off the bat, that the Apple iPhone 5s is the tougher of the two, and without hard facts supporting this, it’s not really that illogical to think so, is it? After all, one of the things that the iPhones have going for them is that they are made of aluminum (except some models we’re not going to name). Still, every iPhone owner rues the day that his device inadvertently slips from his hand and crashes to the floor – especially if it’s naked.

So, SquareTrade, a company specializing in protection plans for all sorts of gadgets and devices, has pitted several smartphones against each other to determine which is the toughest. For the purpose of this post, let’s just focus on two: the Samsung Galaxy S5 and the Apple iPhone 5s.

Which one do you think came out on top based on tests?

Take a look at these videos showing the phones being tortured.

But what’s the real deal? Which phone is sturdier, the S5 or 5S? 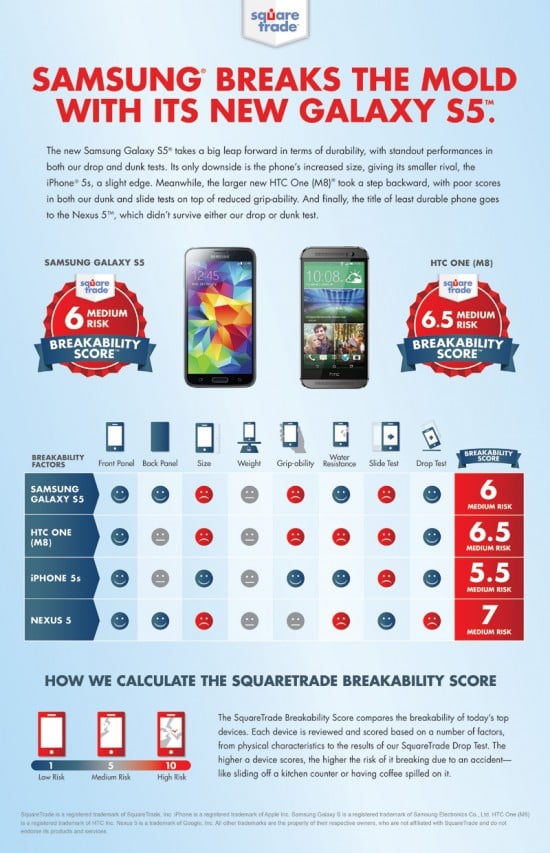 Did you have any doubts at all, really?