You are here: Home / News / The Dish on How Apple Makes Its Money 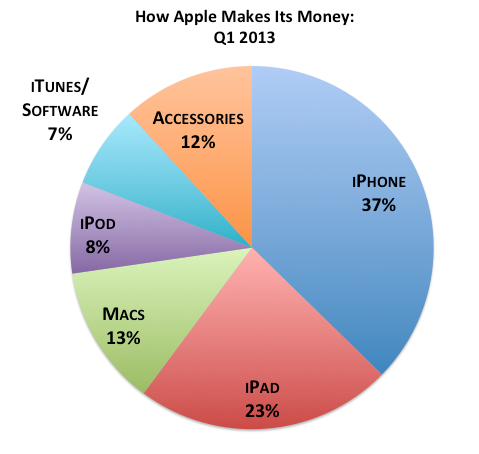 I don’t know about you, but I am getting tired of seeing all the headlines and links about how Apple’s earnings have not met expectations. I am not the staunchest Apple defender – I even take digs at the brand now and then – but all the pundits chiming in like a flock of seagulls making their desire for food known is reaching a deafening limit.

So yeah, I’m not thinking of going even a mile near the topic. What I do find interesting, though, are the charts that The Atlantic just shared. Instead of joining the hordes of disappointed analysts, the writer, Derek Thompson, takes on a similar point of view as I do – projections are just that: projections. When a company as huge as Apple fails to meet those projections, but still manages a more-than-impressive turnover, criticism about the “failure” just gets old very quickly. And that’s not even questioning the quality/veracity of the projections made.

Moving on to more objective – and in this case more interesting – things, we have some charts that show the break down of Apple’s money making activities.

How Apple Makes Its Money

First up is how Apple makes its money, with the items being what they sell.

How Apple Makes It Money

Something to think about: when (maybe if) iPad sales will exceed iPhone sales and by how much.

Where Apple Makes Its Money

We all know that Apple is an American company (although the Foxconn workers should have a legitimate claim), but it owes its continued success to the entire world. Which parts of the world actually give how much money to Apple? 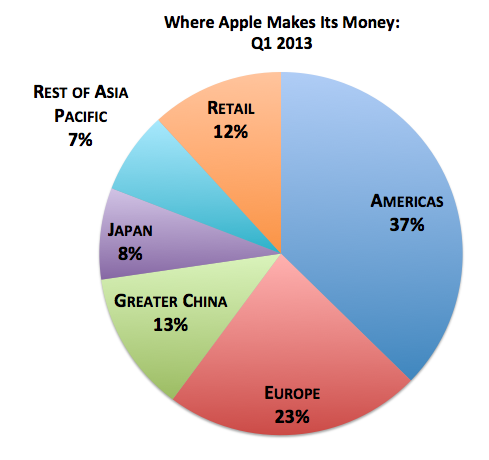 Where Apple Makes Its Money

I guess it does not take a rocket scientist to even guess that Apple’s international sales far outweigh “domestic” sales. This is probably going to continue to be the case in the future.

Which Apple products are growing? Which are dying? You probably do not need a graph to answer these questions, but if you want the percentages, here they are. 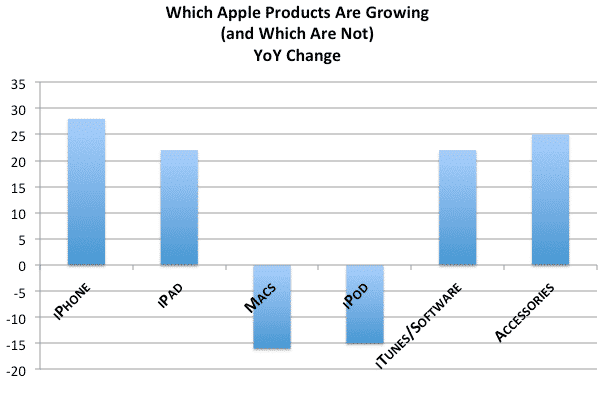 Where Apple is Growing

Last, but not the least, we have the chart of the areas where Apple is growing. 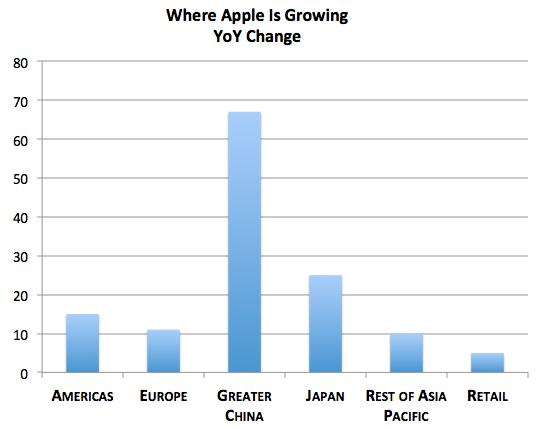 Where Apple is Growing

So yes, haters are going to hate. Based on this chart, Apple is enjoying growth all over the place – in spite of the fact that they miss projections.