Founded in 2006 in collaboration with Bono and Bobby Shriver, Apple’s PRODUCT RED campaign has been consistently promoted every year. The goal is to deliver an AIDS-free generation.

This year, the PRODUCT RED campaign raised a whopping $20 million that will go to AIDS research, with the hopes of making the ultimate goal a reality sooner than later. 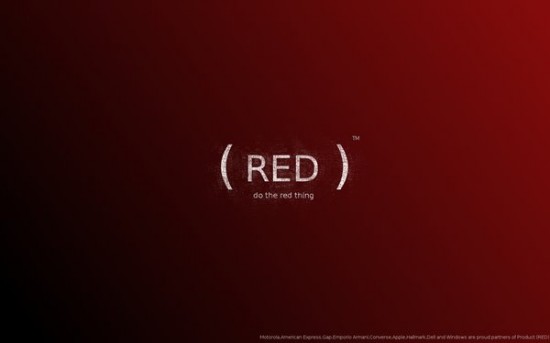 According to re/code, head honcho Tim Cook sent an email to Apple employees celebrating the success of the campaign.

I’m thrilled to announce that our total donation for this quarter will be more than $20 million — our biggest ever — bringing the total amount Apple has raised for (PRODUCT) RED to over $100 million. The money we’ve raised is saving lives and bringing hope to people in need. It’s a cause we can all be proud to support.

In the duration of this year’s PRODUCT RED campaign, Apple worked together with 25 app developers, which offered (RED) apps in the App Store. The proceeds from these apps went to the PRODUCT RED fund. In addition to the apps, Apple also offered deals on other products such as iPhones, iPads, Macs, and select accessories. People who purchased select products were given (RED) iTunes gift cards, which also contributed to the fund.

While the campaign has not been immune to criticism – even from co-founder Bono himself – one cannot ignore the tens of millions that Apple has contributed to the fight against AIDS over the years.

The proceeds of Apple’s PRODUCT RED campaign go straight to the Global Fund to fight AIDS.

In other news, you can still take advantage of Apple’s holiday sales. They have a Special Deals page, where you can find refurbished Macs, iPads, iPods, and other clearance items.