The Verge today got its hands on some incredible photos of early prototypes of both the iPhone and iPad. “Juicy” doesn’t even begin to do them justice, for hardcore Apple fanboys like us.

You can read the full story about how The Verge acquired these photos — nothing illegal was involved, it was all materials submitted to the court by Apple. Personally, I’m more interested in poring over the pics for what they reveal about Apple’s design process.

I count at least five different iPhone prototypes among The Verge’s images, and several iPads as well. I remember in Walter Isaacson’s biography of Steve Jobs, there’s a chapter where Jobs told his biographer about the years they spent developing the original iPhone. The passage stated (paraphrasing here) that they got it down to design they considered finalized, when Jobs called up designer Jonny Ive one evening and told him that despite all the work that they’d put into it, Jobs “just didn’t love it.” And Ive was forced to agree. They had a solid product, it just wasn’t slick and perfected the way that Apple products are.

I wonder which of these prototypes Jobs was referring to. (Assuming it was one of these, and not another. Who knows how many prototypes they went through?) I could see him saying it about this one: 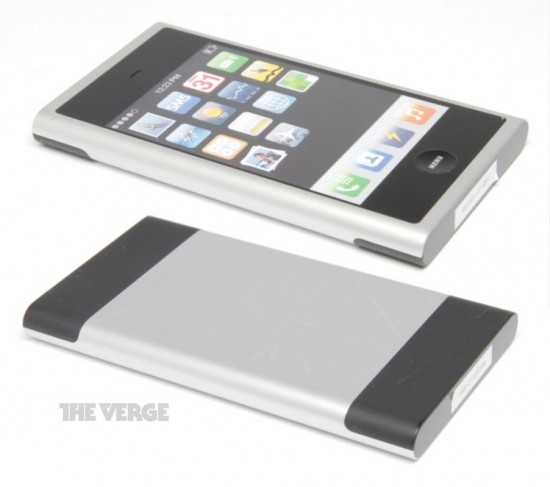 Everything’s there. The parts and pieces are in place. But every part of it — from the hardware to the OS — is rough around the edges. It almost looks like a Microsoft design. The Home button is there, but here it’s labeled “menu.” The icons on the screen are clearly rounded squares (rounded rectangles were Jobs’ favorite shape), and you can see a primitive version of the dock at the bottom of the screen. Many of the icons themselves are similar in appearance to those still used today, including the Mail, Safari, and Weather icons.

Here’s another that jumped out at me. I like to think of it as the Battlestar Galactica model, thanks to its chopped-off edges that give it a disproportionate octagonal shape. Can you imagine if this one had actually gone into production? I’m amazed it even made it through a round of design. 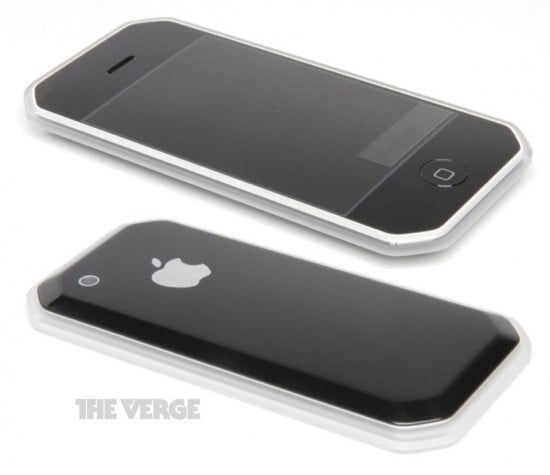 Check out the rest of the iPhone and iPad prototypes here.