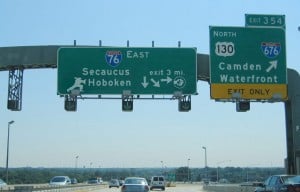 What? Twice in one day? That’s awesome.

Anyways, I used to love playing Street Fighter II in high school, but I could never get the moves just right. But now, I get to be frustrated all over again with the latest release of Street Fighter IV for the iPhone [iTunes link]. It’s $9.99, which is a bit steep for an iPhone app, depending on who you ask. But in the spirit of being fair, I went ahead and paid for a copy myself, then spent a bit of time playing it to see how the gameplay translates.

Holy crap is this game awesome.

For the record, I was never very good at SFII, I just kept trying really hard until I came close, pushing a lot of buttons and trying to get things going. With SFIV on the iPhone, none of that is there. Rolling the joystick to perform moves comes naturally, because you’re just rolling your thumb on a slick screen. It all came rushing back to me with ease, like I had never stopped playing the game.

A problem a lot of iPhone games have is the joystick. It gets in the way of gameplay, so it becomes difficult to see what you’re doing to move the character. I didn’t find that to be a problem with the iPhone version. In fact, it seemed so natural that I didn’t even notice I was on an iPhone. It just played clean and simple.

The graphics are also excellent. You can notice little details on all of the characters, such as the muscle tone on Ryu or the folds of fabric on Chun Li. And theÂ environmentsÂ are active as well, just like the ones from the console. Frankly, it’s like having a console in your hands, which is exactly what I imagine they intended.

If you’re a fan of the Street Fighter series, this is a must-purchase. It’s easy to play, fun to use and fast. I will say that if I had an iPhone or iPhone 3G that loading times might suffer. On the 3GS though it flies pretty well. Go download it now, you won’t regret it.