For the Love of Something Old 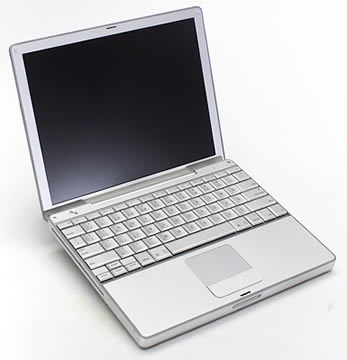 Before I ever purchased my first Apple product, I lusted after them like crazy. A neighbor of mine had a PowerMac G5 that I lusted after wildly, even though I had no idea what it was capable of, because it just looked so much cooler than every beige box I owned prior. But then, one day, I went down to the Apple store and saw something I really wanted – a 12-inch PowerBook.

At the time, it was the tiniest notebook I had ever seen, but it still had a big keyboard. It would’ve been perfect for me on trips (even though I didn’t really take any at the time), and it would be even better as a living room computer. It was the perfect machine I assumed, but I never got around to buying one.

Since then, the 12-inch models have been phased out, and now we’ve got the MacBook Air as the small laptop successor. Although the Air is neat, it still doesn’t have the same appeal to me as that original PowerBook. Something about the keyboard extending from side to side really does it for me, even today.

I spent some time looking around for one the other day. Turns out they still are going for pretty high numbers still today, with one of them in my area sitting at around $425. That’s a bit too much for an impulse buy in my book, even if I did upgrade the hard drive and max out the ram. Still, if I were to find one cheap enough, I just might plunk down the cash. After all, I could still use it for something.