Could Your iPhone Run Your Next Mac?

by Brian Meyer 8 years ago2 months ago
4 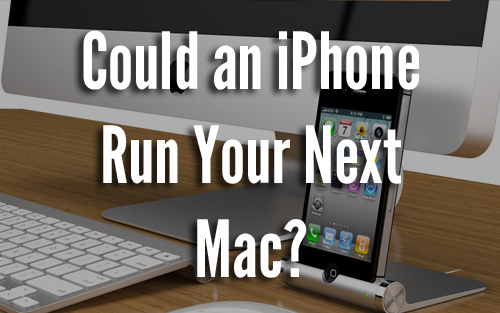 With the latest release of the iPhone 5S, iOS devices have stepped into 64-bit territory. This boost in processing power, more than any other device currently on the market, could give Apple the juice it needs to run notebook and even desktop computers right from the iPhone via a dock. The question is, does it make sense?

So What Is It? 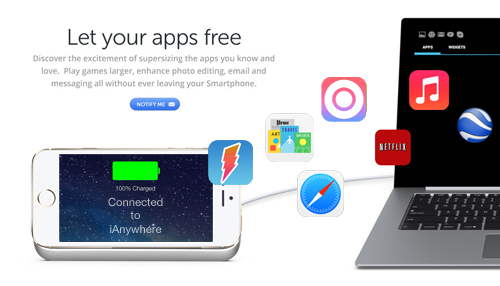 A computer run from a smart phone isn’t a new idea, but it has yet to be done with the finesse of an Apple product. The device would ideally be a cable and/or dock that allows for the docking of an iPhone into a keyboard setup with possibly ports and peripheral connection. The display could be the same as seen on the iPhone, only mirrored, or the dock could turn on a new display that is a skin of iOS, just like the Apple TV uses.

The docked iPhone would basically be the processing power behind using the new hybrid device, giving people extremely integrated access to all their iOS apps and features. Instead of Apple trying to merge iOS and OS X, this could create a middle-ground of sorts where the iPhone can be more useful on the go while keeping everything saved on the device itself. 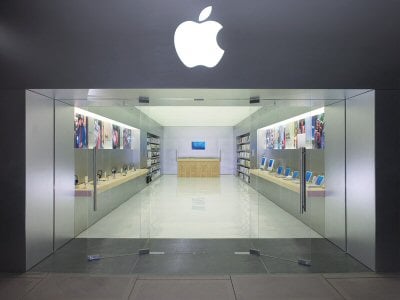 The big question isn’t if Apple could do this or not, but rather would people buy it? The platform, dubbed “iAnywhere” by Morgan Stanley could be a lower-cost option to have Apple notebook processing while being able to keep the files on your phone for access when you’re away.

iCloud could give this the storage aspect, and the addition of the dock device could give the iPhone much-needed peripherals that other devices have long since enjoyed.

The only concern with Apple building such a device would be cannibalization of their MacBook line. Ideally the iAnywhere setup would cost no more than $100 to $200 so it would stay in line with iPhone and iPad pricing, which would be a huge cut from what Apple sells their lowest-priced MacBook Pro for. By using the iAnywhere setup you would effectively not need a MacBook if you did standard business or word processing tasks. While the MacBook Pro line usually attracts a more involved crowd, there are some that buy Macs for simple tasks nonetheless, and this could hurt those sales. 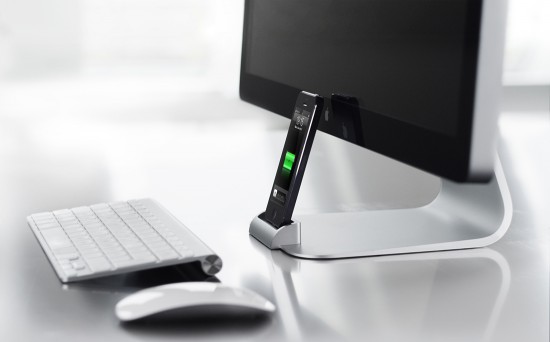 There have been complaints about a lack of innovation with new products at Apple, even though Tim Cook promised new products in the future. Could iAnywhere be one of the new products that Tim promised, or is this just another case of inventive thinking on our parts?

With iPhone and iPad sales steadying out, iAnywhere could be Apple’s jump into peripherals for the iPhone. There are few arguments that Apple is planning some form of merged platform, but the question is how they will do it. The idea of merging iOS and OS X is a very hot topic, and honestly doesn’t make a lot of sense. Instead of this, the iAnywhere idea adds a third platform of sorts, even though it runs from iOS.

This is really only a pipe dream right now; so trying to know anything more about it is really impossible. Apple rumors tend to be a dime a dozen, but every now and then one comes true and catches us off guard.

Apple seems to be hitting market saturation with high-end smart phones, so something eneds done to bring this business back to the top again, and iAnywhere could be just the thing.

Thanks to Cnet and MarketWatch for the story.