What Comes After OS X?

by Brian Meyer 9 years ago5 months ago
22

The two things that come to mind when people think about Apple are usually the iPhone and a Mac running OS X. The OS X operating system has become tied to Apple more than any product or software so far, but unlike Windows, OS X is both the name of the software as well as the version. For anyone who hasn’t put 2 and 2 together, OS X stands for Operating System version 10, and with the recent release of Mavericks 10.9 the end seems nigh for version 10.

This coming end leads us to the question” What comes after OS X? There are a lot of possibilities but a few seem pretty certain. I’ve looked through them all and picked the ones I think are most likely.

As with any worthwhile opinion piece, a little bit of history is in order since not everyone out there has every release of OS X memorized. The original public beta of OS X was named Kodiak. This “preview” cost users $29.99 and was a pretty big jump from OS 9. This beta, even though pricy, ceased working in Spring 2001, but allowed users to upgrade to the official version for free, while other users had to pay $129.99. 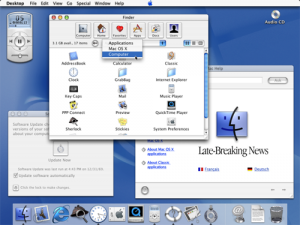 There’s a nice cat name for every other version of OS X all the way up until 10.9 came out and changed things up with Mavericks. No more Panthers or Tigers, but instead a surfing spot in California. Could this name change for 10.9 have been done in preparation for the transition out of OS X and into whatever Apple has for us next?

It would make sense for Apple to get that move in naming done now before everything changes, so the transition is done in steps. So we know the change is coming, since Apple can’t make the next version 10.10 (that’d just be Puma again), what will it be? 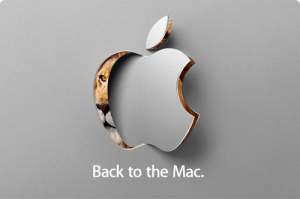 As we mentioned above, Apple named every major version of OS X after some form of feline, making it easier to know what version you were talking about easily without always having to list version numbers. This is a policy that is followed by most UNIX-based operating systems, especially with Linux and their…interesting…kernel naming structure, so it’s a good guess that Apple will continue naming their desktop OS, but the question is what?

If we’re going with surfing spots, then could OS XI be Malibu? Or maybe the next OS could be called Newport or Mammoth? I’m hoping we get a Pleasure Point version, myself. The better option for future naming will be famous spots around California, so it’s anyone’s guess what those might be, but I’d be surprised if they stopped naming. 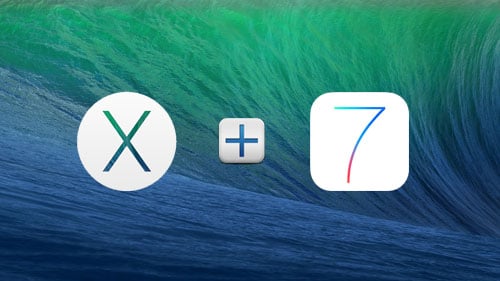 I know it’s been talked about before, but with OS X nearing the end of its life cycle, it’s perfect timing to start thinking about merging OS X and iOS. With a completely new major version of Mac OS coming up, and fairly constant major versions of iOS happening all the time, it’s easy to see that a merge could be hiding down he road.

The iPhone 5S has a new, extremely powerful 64-bit processor in it, which shows that iOS is ready to run on desktop machines and handle apps with a 64-bit architecture. Right now it’s amazing when a desktop and iOS app work seamlessly with one another, but with a merger of operating systems, this would be the norm.

With Apple having so much success with both their operating systems, it makes sense that OS 11 (or Xi, maybe?) could at least use iOS as it’s backbone, similar to how the Apple TV uses iOS but does not look similar to the iPhone OS in the least.

What The Future Holds 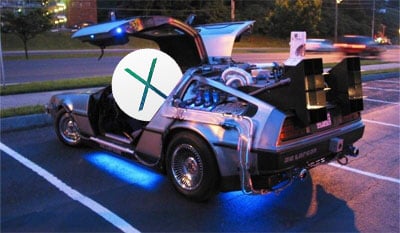 Would I like to see an iOS and OS X merger? Definitely. Do I think it’s a definite? Not at all. The only definite here is that Apple will need to make a somewhat drastic change after OS X 10.9 has run it’s course in 1-2 years and at that time, it’s a complete reboot for the OS. New name, new naming structure, and probably completely new guts. It’ll be a brave new world and I can’t wait to see what comes next.