Buy an Original Apple Watch from 1995

by Noemi 8 years ago4 months ago
4

The other day, some dude shelled out more than $25,000 to be the proud owner of two original iPhones in pristine condition. If you envied (or envy) him, you might be placated by buying an original Apple Watch instead.

Back in 1995, the company did make an Apple Watch. You might say it was ahead of its time, or you could say it just a piece of cr@p. You choose. 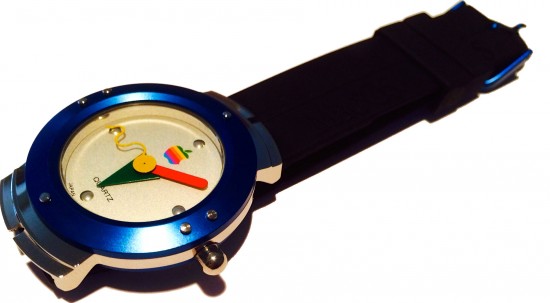 To be fair, I think it has a certain charm, although I think the sellers of the original Apple Watch are overdoing it with their descriptions:

It is clear that this is perhaps the most meticulously-designed piece of Apple memorabilia. From the gorgeous sheen of the blue on the face that has not aged a day to the watch hands themselves reflecting Apple’s quirky design habits, the quality of the timepiece is quite substantial considering its history — and frankly, the watch itself looks fantastic in a more modern generation where Apple has been going back to its roots of simplistic design.

I stand by my original statement: the original Apple Watch is quaintly charming.

While the original Apple Watch’s features won’t be anywhere near what the upcoming smartwatch promises, the former is a good Christmas gift idea for an Apple fan, don’t you think? I certainly wouldn’t mind having one!

Get an original Apple Watch.

More on the Apple Watch:

With the Release of WatchKit, Apple Begins to Remove Veil of Secrecy Around Apple Watch