Back up the Morton’s Truck: iSlate Specs in the Wilds 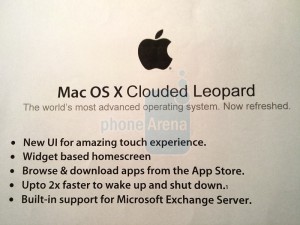 Phonearena.com is reporting that they have the first pics of the Apple iSlate, as well as the fancy OS that it’s going to be running. Here’s the specs:

Oh and the magical iSlate? Here’s the scoop:

I’m calling bs on this one. First off, anyone can make a crappy Apple PR sheet, as evidenced by this piece of work. How do I know it’s fake? Because as a copy editor, I know that the word “upto” is not actually a word, and no PR person worth their salt would let it go out with a type like that. Or the missing period on the second post, for that matter. Plus, Clouded Leopard? Really? I see what they’re trying to do here; make a reference to the mystical cloud OS that we’re all going to be using in the next few years, as well as OSX Leopard. But you don’t think they’ve got another cat they could use? OSX Ocelot? Meerkat? Tabby? Anything is better than Clouded Leopard, and there’s no way Steve would let that go out with such a crappy name.

Look, we’re all excited for this mythical tablet. Sure, tablets haven’t worked in the past, and sure, this is the savior for the publishing industry, but whatever it is, let’s just wait and see. No one was right about the iPhone before it came out, or the iPhone 3G, or the 3GS, just educated guesses that came close that most people could’ve determined by throwing darts at a list on a dartboard. Come January 26th we’re either going to know what the mythical tablet is, or maybe just hear about another iPod. Until then, I’m just going to wait and see.

And for the record, I don’t think it’s going to be called the iSlate.

Full size pics of the alleged specs after the break. 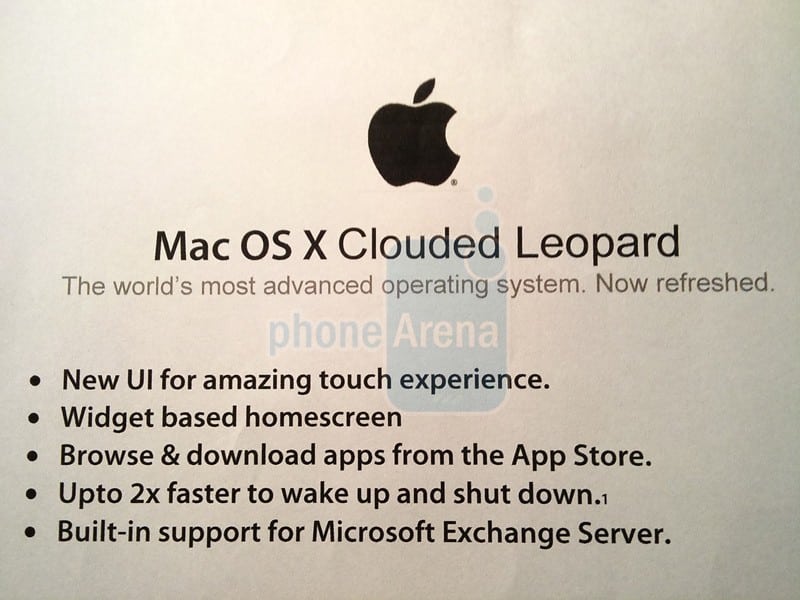 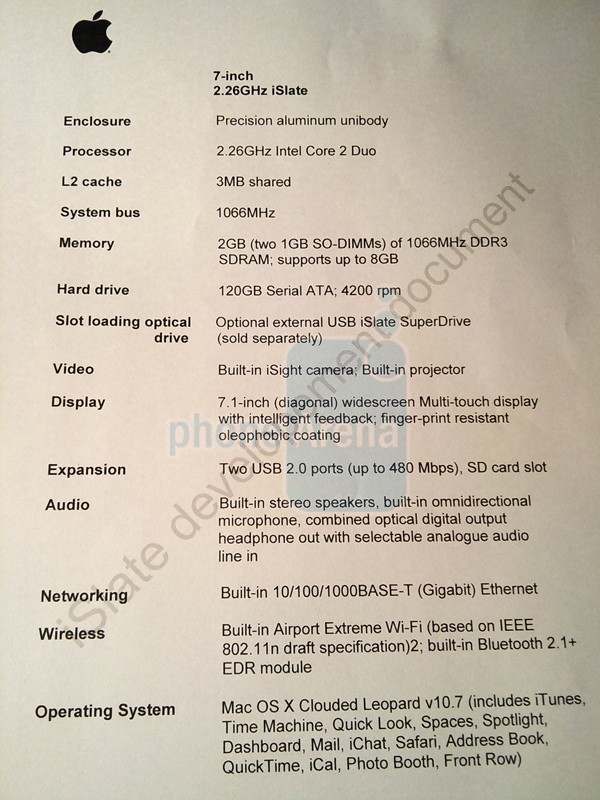