You are here: Home / Apps / At Last: Facebook for iPad 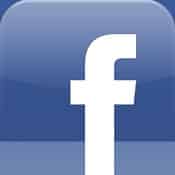 We’ve been waiting and waiting… and also, waiting. Finally, it’s here. Facebook for iPad is ready and waiting for you to download. And yes, it’s awesome.

I may never go to Facebook through a web browser again. There are dozens of unofficial Facebook iPad apps available in the App Store, but none of them hold a candle to the smooth beauty of the real thing. Download it now, and put it in your iPad‘s dock. It’s free, and totally worth it.

The official iPad Facebook app is just brilliant. It gives you full access to everything Facebook offers (except Flash-based games, of course), and it’s easier, faster, and more intuitive to use than the website. (I wonder what will happen to the app when the new “Timeline” profile webpages become the norm.) Photo albums work basically the same way as the iPad’s built-in photo app, with expandable albums, pinch-to-zoom, and swiping to navigate through pics. When you want to update your feed, you just drag the feed list down, the same way that the Twitter app refreshes. Messages look not entirely unlike your iPad inbox, Chat slides in from the right side with its own dedicated pane, and a lovely main menu slides out from the left anytime you need to switch between Facebook’s many features.

Reportedly, Facebook has had this app done and ready to go for months now, and the man they hired to create it got so fed up waiting for them to finally put it out there, that he quit. Having spent some time with the app now, I can understand his frustration. It’s a gorgeous app that just works, and at their very first use, iPad users will wonder how they ever got along without it.

Personally, I’d love to see Facebook take the next logical step and use this as a template to create a similar app for the Mac.