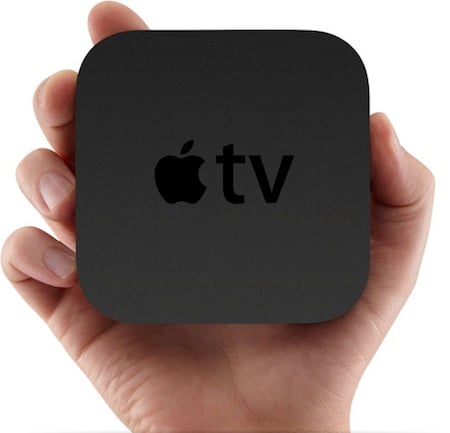 So how is the new AppleTV selling? Apparently, quite well. MacRumors has the specifics:

During today’s earnings conference call, Apple CEO Steve JobsÂ noted that the company has sold over 250,000 units of the revamped Apple TV that was unveiled at the company’s September 1st media event and began shipping at the very end of September.

Responding to a question about how the device is performing in the marketplace and whether users can expect Apple to shift to a streaming model for other products, Jobs noted that Apple doesn’t discuss unannounced products but that it’s been “thrilled” with the performance so far. Jobs also pointed to the AirPlay capabilities in iOS 4.2 set to debut next month as another reason for customers to look to the “very enticing” $99 Apple TV.

I recently was gifted a new TV – no seriously – and I’ve been considering purchasing the new AppleTV as an upgrade to my older model set in my living room. I’d then move the OG AppleTV over to the gifted TV (it only has component inputs), and then I get the best of both worlds. And when I saw the new AppleTV in person the other day, the size really struck me. If it wasn’t for the remote – something which can be rectified with a few parts – you could mount the thing behind a cabinet and hide it. Kinda crazy.