Who said the patent wars are waning? News is that Apple just got a patent for a stylus, which is of course being dubbed the “iPen” by some; and Apple being Apple, the hype around the iPen is that it is not just a stylus – it goes beyond drawing on a touch display. Maybe it doubles as a sonic screwdriver, too! 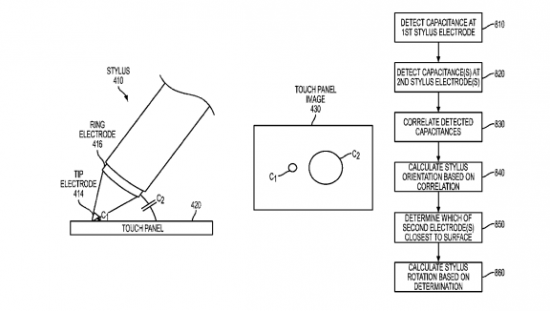 In all seriousness, though, the awarded patent highlights “stylus orientation detection”:

In short: the patent shows clues that the iPen is going to be more than a passive tool. With the orientation sensor integrated in the stylus, the nature of your drawing/handwriting on the screen will be more realistic – just like a real pen’s results depend on how you hold it (the angle, etc.).

I’m sure there are a lot of possibilities here, but I can’t help but get stuck on Draw Something. Is that still alive anyway?