Elon Musk‘s genius is hard to dispute, and with his company Tesla Motors (among others), he is one of the hottest entreprenuers these days. Wasn’t it just a matter of time when a company such as Apple and Tesla joined forces? And now, it has happened.

Well, it’s not a merger deal, but Apple and Tesla are collaborating on making the driving experience of Tesla cars even better. While some gearheads may not be fans of electric vehicles, there is a lot to be said about Tesla cars.

The Tesla Model S is being touted as setting a new standard for premium performance. With ZERO emissions, 5+2 seating, 0 to 60 in 4.2 seconds, this car could probably hold its own.

Also read: Watch Apple CarPlay in Action in a Ferrari

And with the next Model S firmware upgrade, the collaboration between Apple and Tesla is going to be apparent. 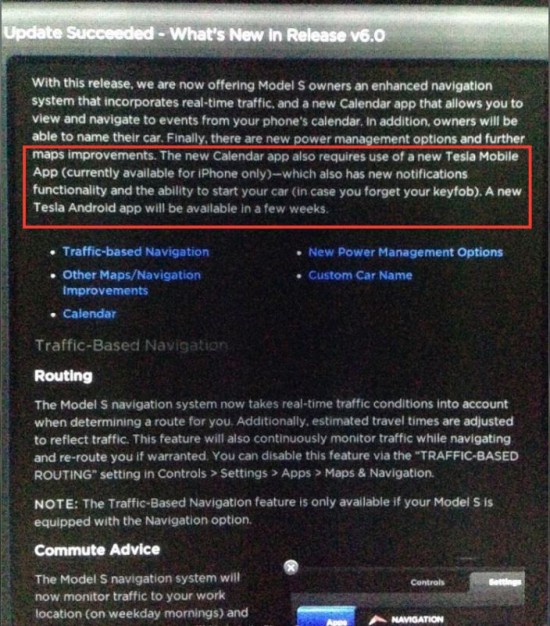 9to5mac shows the “what’s new” details, citing the fact that Model S owners will be able to start and drive their cars using only an iPhone. Look ma, no hands!

Tesla is obviously not the only car in the market who offers these features, as there are already other brands which allow their vehicles to be controlled to a certain extend with a mobile phone, but with such names as Apple and Tesla coming together, extraordinary things are bound to happen.

Now if we can only afford a Tesla…