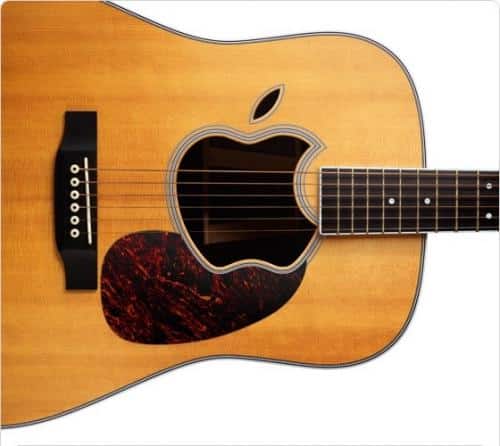 Well, it’s official. Apple has announced an event for September 1st, with the image above being the big clue. So what’s it about?

1. It’s going to be about iPods. This isn’t a huge stretch considering that September is iPod release month for Apple and has been for years. The big thing here is what kind of iPod and what will be new. It’s pretty much a given that we’ll get a new version of the iPod Touch. Chances are even better that it will come with two cameras designed to make FaceTime functional for the masses. This also means some changes to FaceTime, including the rumored “FaceTime ties into an e-mail account” one, so we’ll have to see what happens there. The other issue is whether or not there will be other changes to the iPod lineup. I’d put good money on a new iPod Shuffle, and possibly a redone iPod Classic – or completeÂ eliminationÂ of the process as well.

2. It’s about the new AppleTV. Lots of talk about the AppleTV recently, might be about that as well. I think the good money is on an AppleTV refresh sometime soon, I’m just not 100% that it’ll be on the first. I’d be more like … 60%.

3. It’s about a 7-inch iPad. This is my oddball guess, and I’m putting this at 10%. I’ve heard lots about this rumored small form factor iPad, but I just don’t see this happening on the first or at all. The iPad is a perfect size for movies, e-mail, planning, etc. A 7-inch model just doesn’t make much sense to me. If Apple can make good money with the full-size iPad, why bastardize sales with a smaller model? Would it really sell enough more to be worth it? I doubt it.

4. It’s about a new MacBook Air. If anything, I see this as a “one more thing.” I’m not sure if it’s gonna happen, but lots of chatter about the topic recently, so I figure that it might be in the works.