You are here: Home / News / What Does Your iPhone and a Cat Have in Common? 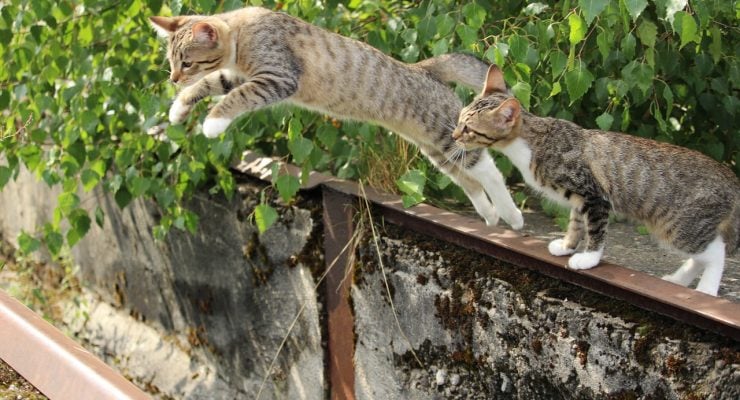 Certainly not the number of lives.

However, if you look at a patent Apple filed back in February this year, your iPhone or iPad may just be cat-like in that it can withstand falls from several stories high.

Cats land on their feet when they fall, thanks to what is called the righting reflex. Because of that, they almost always fall without hurting themselves. Of course, factors such as height of fall and age of the cat come into play, but it’s nicer to think that all cats nail it when they land.

What does that have to do with your iPhone?

There will be a sensor on the mobile device that will detect when it falls. The device will then rotate so that it falls on the surface which is less likely to cause the phone damage, that is, the edge or side – as opposed to the screen.

If you think that’s cool, there’s more. The patent application also mentions the possibility of including a thrust mechanism, which will expel air to soften the landing of the device.

This feature is certainly a welcome one, especially for no-so-careful users. And, with the added protection of cases, your iPhone may last a little longer if this patent is approved and the technology is implemented.

Who said Apple has lost its innovative spirit?