You know how sometimes you get a little too rough when plugging your iPhone into its dock or charger? Maybe you’ve had a glass of wine too much, or you’re just having a rough day. Doesn’t matter.

If it happens too often, you might end up with a damaged iPhone – at least the contact which makes the charging possible.

Apple realizes that – perhaps they’ve had one too many iPhones they’ve had to repair because of this – and they have applied for a patent that will make this a non-issue. 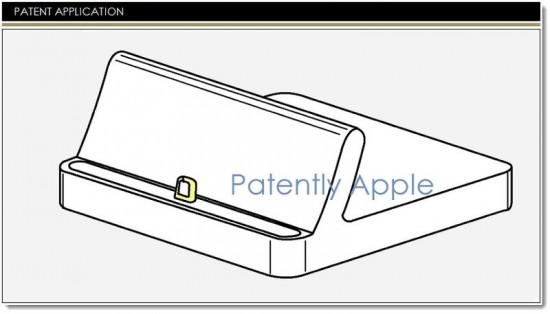 This new iPhone superdock patent does not work magic on its own, however. It works optimally in conjunction with another invention (patent pending), in which the lightning connector is flexible.

As you may well imagine, a flexible lightning connector in a dock will certainly avoid breakage or cracks more than a rigid structure.

When will we see this? Who knows, especially since the patent is still in the application stage. It’s still a great idea for users who may not be too careful with their devices.

How to Build Your Own LEGO iPad Lightning Connector Dock

Frayed Lightning Cable? You Might Get It Replaced for Free!