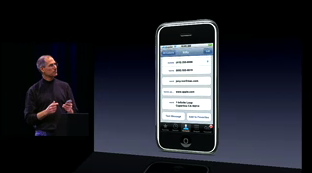 Back in December I posted an article with 8 Predictions for Macworld 2008. I tried to look at the current rumors, seep through the stuff that I thought was ridiculous and pick out the things that I actually thought we would see, and threw a few of my own ideas in as well.

I thought now that the Keynote is over and I’m back home, that I should take a look at those predictions and see how I did…

1. iTunes Update – We did get an iTunes update, although I was expecting higher priced movie titles, which hasn’t happened (yet).

2. Apple TV Update – We did get an AppleTV update including iTunes purchases and rentals directly on the device, although there were no larger capacity AppleTVs released.

3. The Strongest Holiday Season Ever – Jobs didn’t get too much into the numbers on holiday sales at the Keynote. I do still expect great numbers on the 1st quarter sales call.

4. Updated Macbooks – What we got was the Macbook Air, which features a 13.3 inch screen, has an aluminum body, and fits in a manila envelope. It is not a sub-notebook, and Apple isn’t calling it one, but it was not an updated Macbook. It was an addition to the Macbook line.

6. iPhone and iPod Touch Software Updates – We did get software updates for both of these devices, although my long desired native iChat application was not a part of the update.

So, there it is – some hits, some misses, and some half-rights.

I think I did ok, but it doesn’t really matter what I think. What do you think? How did I do?