We will be covering Macworld 2008 extensively here at Apple Gazette.com. Click Here to subscribe to our RSS Feed, and you can read LIVE Keynote coverage in our Live Center on Jan. 15th. 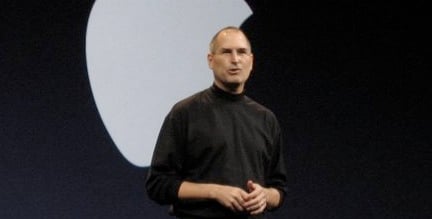 Predictions are fun. I like predictions. I’m not always that great at them, but I like them. In my defense, though, last year everyone thought we were going to be seeing more at Macworld than just two products…and I did get the “one more thing” right…even though it was the main event.

Anyway, in the interest of good fun, I’ve hunkered down, thought about it, and come up with my 8 predictions for Macworld 2008.

Jobs will spin the recent announcement of higher priced titles in a positive way, almost convincing all of us that it’s the greatest addition to iTunes ever. The video quality will be improved to justify the price increase, and several major studios will finally be on board.

In addition to purchasing movies movie rentals will also be added to the iTunes store – with some serious DRM restrictions.

Higher capacity AppleTVs will be available, with a software update including access to the iTunes store directly on the device.

3. The Strongest Holiday Season Ever

When Jobs gets into the numbers we’ll see that Apple has had their best selling holiday shopping season in their history. iPhone sales will in no way be affected by the fact that we all know a 3G iPhone is coming in 2008, the entire iPod line will have sold more than ever before, and the Mac line will also be at its best holiday sales number ever.

Fanboy dreaming? Doubtful. That’s a continuing trend over 2007 that I expect to fly right on through to 2008.

We’re already getting reports that Apple is purchasing 13.3 inch BLUs. Some have speculated that they will be used for a new, long rumored, Apple sub-notebook. Of course, that doesn’t make a lot of sense, because the Macbook is already a 13.3 inch screen device – so how could the same size screen be for a sub-notebook?

Instead we’ll get a full aluminum Macbook with a BLU LED screen and updated specs.

The rumored iTablet device will NOT be at Macworld. I am still a firm believer that a device that is the size of a paper back book running Leopard with a mini-DVD drive makes no sense, and I don’t expect to see it at Macworld – or anywhere – ever.

Jobs will remind us that they are constantly trying to add value to the iPhone and iPod Touch by making great software for it. The update will include several bug fixes, and small new features (like sending SMS messages to more than one person at a time), and a native iChat application.

I know, I know, “Apple won’t make iChat for the iPhone because they want you to send SMS messages”. If that’s true, then why do they show you how to send FREE SMS message on their site. You can click here or here to find direct links to free SMS apps for your iPhone. The only Apps you can’t seem to find on Apple site, are the IM applications. My guess, is because they’d rather you use theirs when it comes out.

The iPhone SDK will be announced as available to developers at the end of January, and they will demo applications that are already being developed by those who received the kits early.

While the “One More Thing…” hasn’t made an appearance at every Keynote in the last year or so, I think we’ll see it this time, with an all new, completely redesigned, and insanely small, Mac Mini replacement.

So there they are. I’m sure you’ll agree with almost none of them…as always, feel free to write your own predictions in the comments below the article.