Yet Another iPad Wall Mount 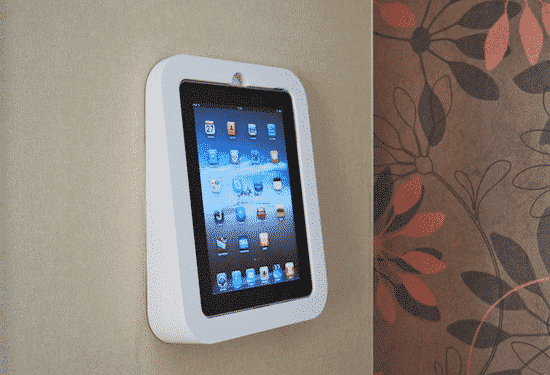 Although the iPad is used for many different things, I’ve often thought that one of the best uses that hasn’t quite hit its full potential yet is home automation. It used to be that companies sold touch pads with their systems that didn’t look good and were ridiculously expensive. The iPad changes all that. It’s cheaper than those touch pads, looks better, and can serve multiple purposes.

Problem is, there needs to be a cool way to mount the iPad to a wall, yet also make it removable. Here’s a new, albeit expensive, option called the LXB WallPad. Â It’s made of painted wood, and holds the iPad at a slight angle, while gravity holds the iPad in place. It also can hold a charging cable, making it great for keeping the iPad charged at all times.

Should you not like your iPad on the wall, you can use the case for a platform on a desk, and you can also get an optional metal stand to hold it in place vertically. So now the big question is, how much does it cost? Well, it’s not cheap. $131 USD currently, and that’s without the metal bracket. Of course, if you’re building a home automation system, then it may not be that bad of a deal. It’s still cheaper than the alternative.