by Michael 14 years ago8 months ago
4 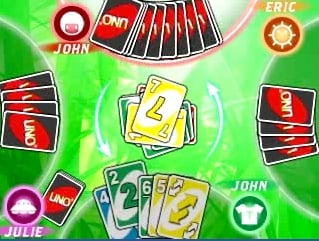 iPhone/iPod Touch Applications have been all the talk these past few weeks, but there are other iPods out there that can play games. Today Gameloft has released something new for all of them.

Uno is a world famous card game that Gameloft has now adapted for play on clickwheel iPods. The classic game pits players against one another as they attempt to get the number of cards in their hand down to just one. In this digital version 9 different rules settings can be used, and the game has two main modes of play. You can either play against the AI in “Career Mode” or play against friends and family (and potentially enemies if you wish, I don’t think there’s anything in the TOS against it) by passing the iPod around and letting others take turns.

This is the first clickwheel game to be released since the App Store debut. You can find it here, in the iPod Games section.