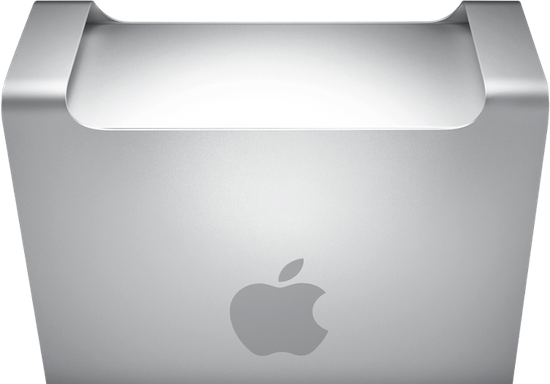 I was going to bed last night, trying to figure out the ideal setup for my home office. It’s not that I’m dissatisfied with my 15-inch MacBook Pro, but it’s that I’m spending a lot of money on external drives and storage, as well as using up desktop real estate at an alarming rate. I thought to myself, “If I’m spending $1000-$1500 on network attached storage, why not spend a touch more and have it built into a powerful computer?” Instead of going to bed, I went over to my desk and checked out the Mac Pro.

Let’s face it, this thing is beautiful. The engineering behind it is amazing, the expandability is awesome, and the Â power is just … well, it’s a bit outdated at this point. It runs an Intel Xeon processor, which was pretty cool over a year ago when it was introduced in the Mac Pro, but today, it’s a bit behind the curve. I’m wondering why there isn’t an I7 in the thing at the minimum.

So why has it been over 400 days since it was last updated? That’s a good question, and one that I really don’t have a good reason for, so I can only guess. Coincidentally, that’s what I’m paid to do, so here goes.

The Mac Mini was in the same case for five years or so, and it did pretty well. The Mac Pro has been in the same case for years, so it’s possible that Apple is planning a redesign of the popular case. It’s also possible that they really want to ramp up the power for this next model, and they’ve got something big planned. Or, maybe they just really don’t care about the Mac Pro since the iPhone is selling like hotcakes.