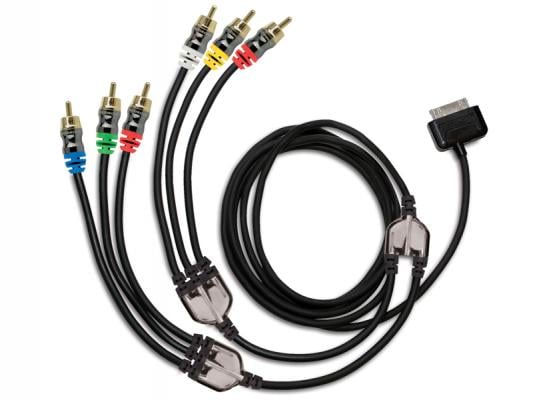 So I’ve got this weird problem. I work with a group of guys who have a good chunk of disposable income, and one of them had an old TV laying around that they wanted to get rid of. It’s one of the first Sony plasma televisions to be released, and it’s mammoth – 50 inch screen with easily six feet of glass and speakers. And it’s heavy too, like easily over 100 pounds. It’s a flat screen alright, but by flat, you really have to think a bit liberally. Anyways, this thing comes with a separate tuner box that’s connected to the monitor with a pair of DVI cables, and that tuner doesn’t have any HDMI inputs. But, free TV so … at the bare minimum it’ll work in my garage or something.

Problem was, I had no idea what I was going to use for a signal. I wanted to test it, because who knows if this thing actually works, but there was no decent way to do it. So I decided to do some research and find a component cable option that would connect to my iPhone or iPad, then go from there.

Well it turns out there is an option, and now there’s one made by a company other than Apple. It’s called the Sneak Peek II, and it’s made by Scosche. It’s a 30-pin connector on one end, and a set of component cables on the other. As an extra bonus, there’s a USB cable plug so you can charge your i-device at the same time. Not too bad for $49. Now if only I could find a place for that TV.