Mophie External Charger for All Your i-Related Needs 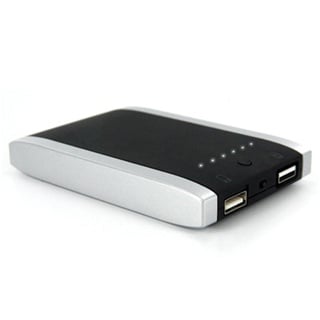 Mophie is an interesting company. They’re known for creating cases for the iPhone, iPod Touch, and iPad that also contain a second battery, making them last longer in the process. These aren’t cheap by any means, but for power iPhone users, they can be a godsend.

Now there’s something completely different. It’s called the Juice Pack Powestation, and it’s designed to charge multiple USB devices at the same time. It charges at a 2-amp speed, which they claim is four times faster than other USB batteries so that’s neat I guess. It also has a charge indicator, so you’ll never leave the house with an empty charge. Plus it’ll do the iPad, which sucks down power faster than … well I’ve got nothing funny there, so let’s just pretend it was hilarious.

Anyways, if you need power on the go, this bad chicken is just $99.95 and ships in 5-7 days. If you don’t, then I’m not quite sure why you’re reading this post. Maybe you’re bored. Go out and ride a bike or something, just stay out of traffic so you don’t get hurt.