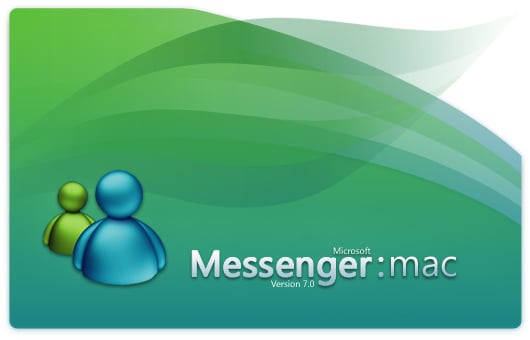 It’s gotta be tough being a chat program for the Mac. Sure, Adium kicks ass and there are a few others too, but iChat is already built into the OS. Most people just log in there and away they go. No fancy sign up name, no special e-mail account, just good to go from the start.

But maybe you work in a corporateÂ environmentÂ where everyone uses Microsoft Messenger and you – the Mac person – has to follow suit. Or maybe your old college roommate uses Messenger, and you want to talk to them again online so you can get that $100 they still owe you. Think I forgot about that Jay? No sir, I have not.

Anyways, yesterday Microsoft announced a new beta for Microsoft Messenger:Mac, Version 8. What does it include? Well all the usual Messenger functions, but it also adds video chat, which is pretty cool (Yes, Messenger 7 had it before, but only for corporate accounts). All that, plus a fancy sign-in screen that requires a Windows Live ID. We can also assume it follows the looks and stylings of the upcoming Microsoft Office for Mac 2011, coming later this year. Excited yet? We are, so go out and download it – then let us know how it works.