You are here: Home / Apps / MacHeist 4 Has Begun 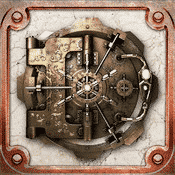 Wanna score some awesome free apps? Indie Mac software event MacHeist is back with its biggest app bundle event ever.

If you’re among the uninitiated, MacHeist isn’t easy to explain. Its an online event that anyone can join in, play brain-teaser puzzles, and be rewarded with free apps for their Mac. The freebies come with coins that will discount a final, mega-sized bundle of Mac apps. That big bundle is already discounted heavily, but every coin you earn will add bigger discounts to the bundle. (Well, I guess it wasn’t that hard to explain.)

The puzzles come in the form of missions. MacHeist will alert you when new missions are available, after you register at the MacHeist website. This year, they’re taking things step further by building the puzzles into apps you can use on iPhone, iPad, or Mac. You complete a mission by solving the puzzles. Along the way, you’re rewarded with cool Mac apps for each puzzle you complete. In the end, the more puzzles you’ve solved, the better the discount you’ll get on the final bundle. The puzzles even have a storyline running through them.

MacHeist also donates 25% of sales of that final bundle to charity, so not only is it fun and rewarding, it’s something to feel good about, too.

Here’s how to get started.

First, register at the MacHeist website. You’ll get a free copy of AppShelf just for signing up. AppShelf stores the serial numbers for your apps, so you’ll have them at your fingertips when you need them.

Next, follow these links to get whichever flavor of MacHeist Agent app you want: iPhone, iPad, or Mac. The app is your central hub for news and new missions. You’ll get Corel’s Paint It! and Telltale Games’ Back to the Future: The Game – Episode One for free, just for downloading this app.

Finally, it looks like each mission this time will get its own app, which contain its puzzles. The first mission is already up and running (it appears to be a steampunk-themed adventure involve a writing pen character named “Quilly” — he even has his own app), so go ahead and snag the app for the first MacHeist mission (iPhone, iPad). Solve the puzzles and you’ll get Rayner Software’s NetShade app for Mac, for free. I’ve already got mine, and I have to say, NetShade is easily the best and easiest-to-use anonymous proxy app I’ve ever used.

With a couple of clicks, NetShade has you up and running and safely anonymous. A lot of users use this kind of software to keep websites from tracking them online, safeguarding their privacy at a higher degree than any browser or operating system offers. But it can also be used to login to websites or online services that are region-specific. For example, say you’re in the U.Ss and you want to watch a British video that’s encoded so that only Internet users located in the U.K. can see it. Flip the switch on NetShade, select a British proxy server, and you’re good to go.

No one knows exactly how long MacHeist 4 will go on. Past events have lasted for wildly differing amounts of time. It could be days, weeks, or even months, so hop on board now!