Is the Drobo FS The Solution to my Storage Problems? 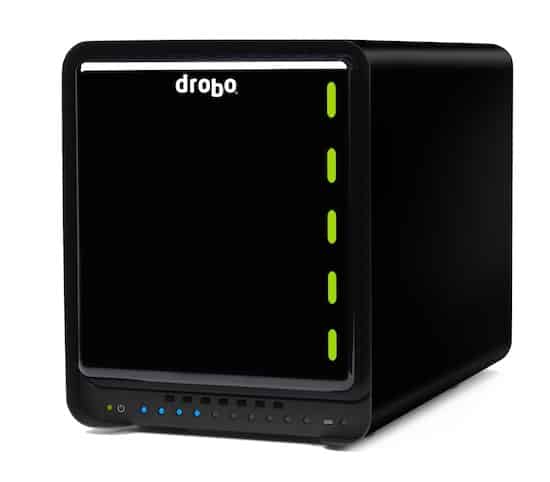 My folks came over to my house the other day, and my dad walked into my office to check out my setup. He looked at the two Western Digital My Book for Mac boxes, and said, “Why are you using those? That’s a very unreliable, amateurish setup.” He suggested I go with a network attached storage setup. or a NAS, for the uninitiated.

I don’t know if my Dad is correct about my setup being amateurish, but getting a NAS has been something I’ve considered for a long time now. I’ve put it off mostly because of price, but also because of Mac capabilities. Most that I found were fairly universal, but the cheaper versions weren’t customizable and didn’t allow for expansion. I don’t want a bay of NAS drives floating around my place, just one will work just fine.

At my old company, I remember our IT guys going nuts when they ordered a Drobo S for the office. A few weeks later, they weren’t impressed. Turns out it didn’t play well with the network. But now there’s the Drobo FS, designed for the network from the start, and very expandable. I could install 10TB worth of drives in its 5 bays, and with dual drive redundancy, my data is protected.

I’m still not sure though, so I figured I’d take it to the web and ask for your opinion. Has anyone out there used a Drobo and if so, how do you like it? Would you recommend the purchase to someone?