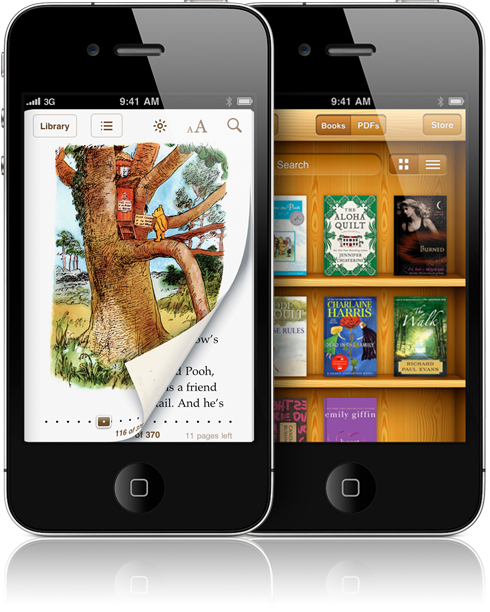 I’m not quite sure how this one works out, but here’s the deal. Cult of Mac is reporting that Steve Jobs has stated that Apple owns 22% of the book market. Really?

Although much talk aboutÂ Appleâ€™s recent announcement revolves around the newÂ iPhone, CEO Steve Jobs had some interesting news concerning its long-standing competition with Amazon over the future of publishing. The iPad has spurred 5 million e-book downloads since the tablet device was introduced 65 days ago, giving the Cupertino, Calif. company 22 percent of the e-book market, Jobs claimed.

Huh. Well first, it’s not really clear from the article what else Jobs said – or what specifically he said, as in, in quotes – but regardless, that’s a bold statement. As if this isn’t obvious at this point, the Kindle and Nook are in trouble. If I had a relative who was looking to buy a Kindle or Nook, I’d point them towards the iPad just because of all of the extra things you can do with the iPad, as opposed to the single thing you do on the Kindle or Nook.

Think about it this way: devices that do one thing and one thing only may be on the way out. I asked my wife earlier today when the day would come that we didn’t purchase a traditional camera instead of just using our phone. She says to me, “I think we’re already there.” I’m a photographer, and I just can’t see AP guys sitting on the sidelines of a football game holding up their camera phones to get the big shot. But traditional point-and-shoot cameras are on their way out. The Flip cam – and others like it – are probably next. And now, there’s the Kindle and Nook, who should go on the chopping block after them.

I don’t think Apple is going to run the eBook market the way they do with music and video, but it’s still a step forward.