by Alex Thomas 6 years ago5 months ago
2

We’re pretty big on iMessage sticker packs, apps and emojis over here at AppleGazette and I’ve downloaded every one that I can find, hoping to get that perfect pack. I know, it sounds pathetic, but then again so does my Apple addiction and my ability to ignore the Apple tax. Sticker packs, for those of you who aren’t familiar, are different packs of gadgets, widgets and other fun things that you can insert into your iMessages. And with iOS 10, iMessages are better than ever and better equipped for stickers and in-message apps. This isn’t just emojis, as you’ll see from our list, some of these can be incredibly useful to you no matter how old you are. 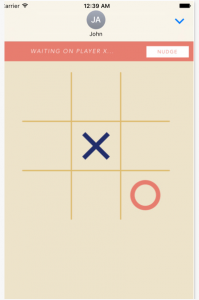 MsgMe TicTacToe is exactly what it sounds like, a game that lets you play TicTacToe with friends. If you’re like me, you’re always getting into arguments with your friends about where you should go to brunch or which house you’re going to. Rather than waste valuable time extolling philosophies, we’ve moved to jumping into a quick game of TicTacToe to settle the argument. It’s free and barely takes up any space on your phone. 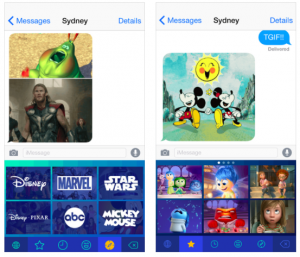 Disney Stickers are the new fun thing. If you’re bored of the same old GIF and sticker packs then this is the way to go. It works like any of the other GIF keyboards that you’re used to but with a lot more fun. They’ve got everything from the classic Disney characters like Mickey Mouse all the way to Inside Out (the most underrated recent Disney Movie). It’s free to download so check it out. 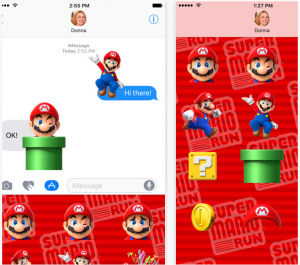 We still have to wait a while for the game, but Super Mario Run stickers are already available for iMessage. You can put Mario in all of your conversations now or even change up your picture so that you also look like Mario. It’s silly but it’s also free and fun. 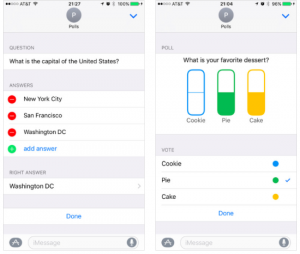 Polls With Friends is an app for iMessage that allows you to poll groups of friends. If you’re in a small group it might not be that great but if you’re talking over a dozen people and trying to juggle conversations then this might be the best app for you. I’ve been using this for a little while and I’m a big fan. It’s really cheap on the app store and definitely worth checking out. 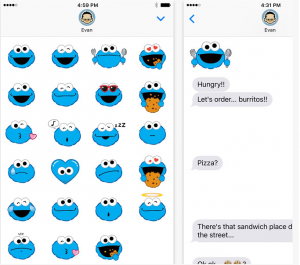 Cookie Monster stickers are the stickers that you’ve been looking for all your life. It might just be that I have a soft spot for the cookie monster but these stickers have been making their way into all of my conversations. I haven’t really figured out when the right time is to use different faces and so I’ve just been putting cookie monster in all of my messages. 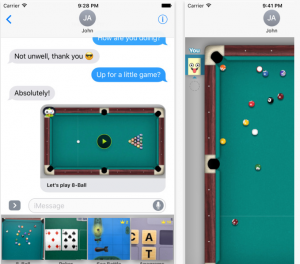 GamePigeon is an app that lets you play the games that you love right in your iMessage. This is probably one of my favorite apps on the list. All the games that you play are the same games that you would play with friends on another app. The only downside is that your friends have to have the app as well. You might not get addicted to it but I suggest a download. 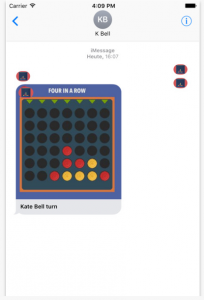 Four in a Row is similar to GamePigeon in that it’s an iMessage app that allows you to play directly in your message. Instead of pool or cards, you play connect four. I just downloaded it with a friend because her and I have some sort of connect 4 rivalry and the only way to settle it is to play constantly.

iMessage Emoji Apps That You’ve Got To Have