You are here: Home / Apps / What Will iPhone Super Mario Run Be Like? 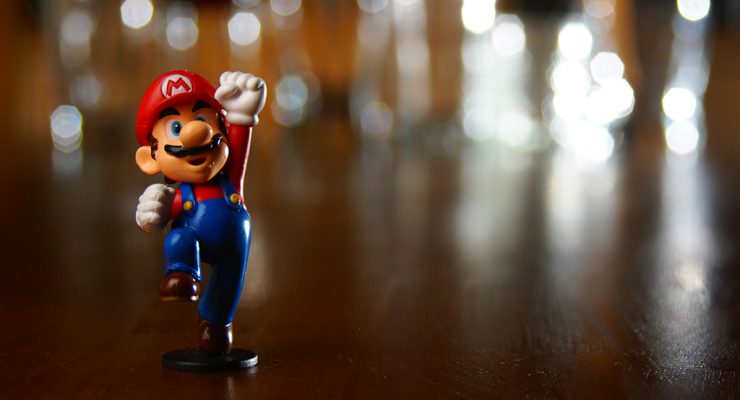 Last week during the Keynote we learned a lot about the iPhone and the Apple Watch. But one of the big surprises of the Keynote was the unveiling of Super Mario Run on the Apple Store. Nintendo must have realized after the advent of Pokemon GO that there is huge demand for retro video games on the iPhone. Of course, you could have played Super Mario on your iPhone before, you’d just need to jailbreak it. But the arrival of a legitimate way of playing Super Mario is really exciting. Here are a few things that we can look forward to.

Even if you’re not going to buy the iPhone 7, you don’t have to worry, the game will be available on iPhones dating back to the 5s. The only requirement is that you need to have iOS 8. One of the coolest things is that you’re going to be able to download it on your iPad, so it doesn’t just have to be “iPhone Super Mario Run”. Presumably you’re not going to need to have internet access to play the game.

We don’t really know what the game is going to cost. I would expect that some modes will be free but during the announcement, Nintendo stated that the game is going to be available at a “set price”. Which just means that you won’t need to subscribe to play Super Mario Run. The release date is set before the holidays so we should expect to see pricing details for iPhone Super Mario soon.

The Mario of One Hand

For some reason, one of the big selling points that Apple and Nintendo are pushing with iPhone Super Mario is the fact that you can play the game with one hand. When you tap your phone Mario jumps. Depending how long you hold your finger down, Mario will jump higher. The Nintendo CEO said that this means you can play it while you’re eating a hamburger. But I wouldn’t be surprised if Super Mario Run becomes the cause of quite a few automobile accidents.

You’re Going to Have to Wait, but Nintendo Stockholders Rejoice

The game isn’t going to be available until December. I haven’t been able to find an exact date. Nintendo’s stock holders have to be super giddy about the new game. Yahoo reported that Super Mario Run had nearly as many social media mentions as Pokemon GO did on it’s announcement date. The stock initially spiked then pulled back. With Pokemon GO, Nintendo saw a huge stock jump but that cooled off during the following weeks when we realized that the game really wasn’t ready for consumers. So if there’s one good thing about waiting so long for the game we can at least hope that it’ll be ready to go when the download date arrives.

Maybe it’s not that Great

But at the end of the day, Super Mario Run is just another running game. It’s going to be fun playing Mario again, but you can get the same sort of experience out of playing Temple Run. There’s a social aspect sure, but neither Nintendo nor Apple is breaking any ground here. At least Pokemon GO completely revolutionized the way we play Pokemon (at least when the servers aren’t down). There are also no indications that we’re going to see anybody other than Mario in the game. Toad makes an appearance but no Luigi, Bowser or even Peach. I guess, like Pokemon GO, they’re just shooting for the basics on this one.