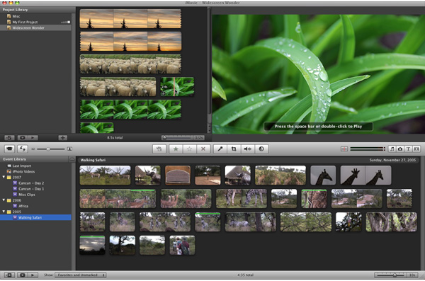 With the release of iMovie ’08 last year, there were many iMovie users who were unhappy with the changes to the software. Many of the pro-sumer features they enjoyed had been removed, and they weren’t shy about expressing their displeasure.

In an attempt to appease them Apple responded by making iMovie HD available for download so that users had a choice.

Yesterday, however, that situation changed. iMovie ’09 has been released with iLife ’09, and it supposedly addresses many of the issues people were concerned about, and Apple is ready for customers to move on to the new experience offered by the re-imagined iMovie.

I, for one, am looking forward to trying out iMovie ’09. The software looks great, and even though I’ve been using the traditional form of Non-Linear Editing Systems since high school – I’m fine with the change in style that iMovie represents.