Apple posts best earnings call, can fare well with or...

by Tanner Godarzi 11 years ago3 months ago
1 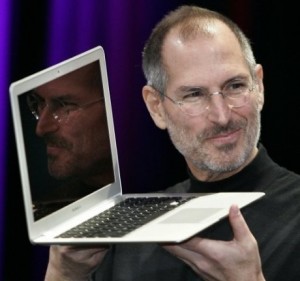 Yesterday was Apple’s earnings call and the company posted one of the best quarters it has ever had following the holiday rush. While Apple’s stock dipped following the news Steve Jobs would be taking a other medical leave of absence, the company can prove that it can beat expectations even without Jobs at the helm..

Where Apple Stands With Or Without Steve Jobs

Steve Jobs is closely tied to the welfare of Apple since his return to the company in 1997. He helped bring back a near bankrupt company in to one of the most powerful forces in the technology industry. As such, investors tend to panic when Jobs’ health â€” following his intensive battle with cancer. comes in to questions.

While Jobs still retains the title and duties of CEO, Tim Cook will be taking over much of the day to day functions at Apple. This isn’t the first time and Cook, Apple’s COO has proven he can help manage Apple with the help of Phil Schiller and Tim Openheimer.

Once again, we here at Apple Gazette and collectively at SplashPress Media respect Steve’s wishes for privacy and hope he has a speedy recovery from the side effects of his cancer treatment. We will not post baseless speculation in the status of Steve’s health.