You are here: Home / Mac / Apple and Nike to Introduce Wireless Wristband Remote for iPods 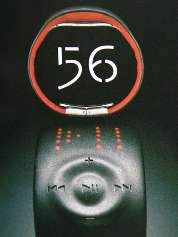 Following the introduction of the Nike+iPod sports kit, which plugs into an iPod Nano and tracks various aspects of running, such as distance, paces, time and calories burned, Nike is set to release yet another gadget targeted at iPod users. The Nike Amp+ bracelet will serve as a wireless remote control that works via Bluetooth. The device will also work in sync with the Nike+iPod sports kit by displaying information on an illuminated LED display that’s built into the matte finish of the bracelet.

Further features of the device, expected to be released under the name Nike Amp+, are unclear from the report. However, a single included marketing image suggests that gadget may hold potential to deliver one of the most frequently-requested components for the Nike+iPod system: a heart rate monitor.

Nike is also working on adding functionalities to its nikeplus.com site, including route mappers, which let users share their favorite running routes. Nike is likewise expanding its line of Nike+ enabled shoes (previously only limited to a single variant).