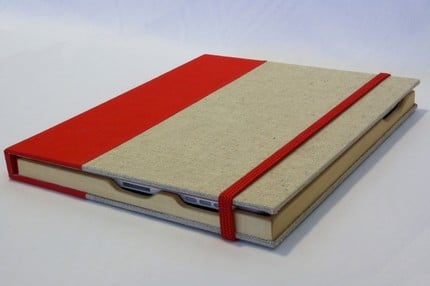 We’ve talked before about the concept of hiding your iPad in a book, and there are plenty of examples out there of iPad book cases that you can buy for varying prices. Here’s the latest version that I’ve found, and it’s called the Pohutukawa edition, case #3. For $60, it can be yours, and it’ll be shipped in 48 hours, too.

Here’s the thing though: All of these cases are really cool, but they’re not reallyÂ camouflage. Yes, it makes the iPad look different than it would if you carried it in a traditional case, but the thing is, if you know what to looks for, you know there’s an iPad in that innocent looking book. I mean, the DODO Case has slots in the side of it for charging and accessibility, but that’s also what reveals its true nature. I dunno, it seems like there’s a better option.

Here’s what I’m proposing: Someone out there needs to build a case out of an actual book. It doesn’t necessarily have to be a hardcover book, but it does have to be a real book. Maybe a romance novel for women or a hardcover version of Watchmen for the guys. Whatever it is, it needs to be a book that looks realistic enough that someone would want to really read it, but not so good that anyone would want to steal it.

So there’s your mission. Go out and get creative and if it’s cool enough, I think you’ll be able to sell a lot of them. I might even buy one.