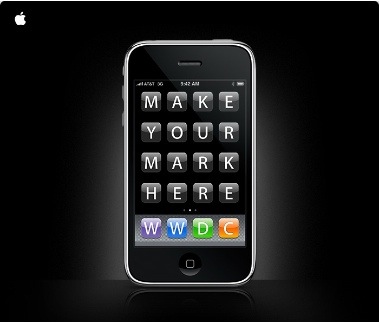 Will he be back at the show? I doubt it, but I’m sure it will be the lead speculation until the presentation itself.

Snow Leopard is the next thing on the agenda, and that would, of course, make sense – but the WWDC graphic that was supplied shows a clear focus on the iPhone.

One thing Apple can expect is a decent amount of developer frustration and anger when it comes to the iPhone. I don’t know a developer that isn’t frustrated by the process…but Apple made it pretty clear at the iPhone 3.0 event that they have no plans to change.